'In Florida ... we insist that parents have a right to be involved,' the Governor said

The Parental Right in Education bill, or HB 1557, was passed by the state legislature earlier this month.

“Parents’ rights have been increasingly under assault around the nation, but in Florida we stand up for the rights of parents and the fundamental role they play in the education of their children,” said Governor Ron DeSantis in a statement on March 28. “Parents have every right to be informed about services offered to their child at school, and should be protected from schools using classroom instruction to sexualize their kids as young as 5 years old.”

Under the policy, teachers cannot provide lessons on “sexual orientation” and “gender identity” to elementary school-age children in third grade or younger. Teachers are prohibited from discussing the topics “in a manner that is not age-appropriate or developmentally appropriate for students in accordance with state standards.”

Parents must be notified about health care services offered at the school and are afforded the right to decline the services. Schools must also receive parental consent before distributing health questionnaires or screenings to young students.

Under the policy, parents can sue school districts that violate their rights.

Known widely as the “Don’t Say Gay” bill by those who oppose the legislation, the policy has been reported as a ban on discussing being gay in Florida schools. The bill was mocked on March 27 during the Oscars.

“If the people who held up degenerates like Harvey Weinstein as exemplars and as heroes and as all that, if those are the types of people that are opposing us on parents’ rights, I wear that like a badge of honor,” DeSantis said during a press conference at the Classical Preparatory School in Spring Hill, Florida.

“They don’t want to admit that they support a lot of the things that we’re providing protections against,” the governor said. “For example, they support sexualizing kids in kindergarten. They support injecting woke gender ideology into second-grade classrooms. … And so what they’re doing with these slogans and these narratives is they are trying to camouflage their true intentions.”

Following DeSantis’s signature, the Parental Rights in Education will be effective at the start of the state’s 2022-2023 school year. 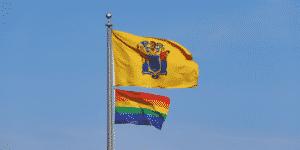