Middle school students in New Jersey were shown a video about male to female transgender hormone treatment without their parent’s knowledge or consent.

The five-minute video, titled “Ten Years in Testosterone,” was posted to Dowling’s YouTube channel and documents the physical and emotional experiences Dowling underwent between the ages of 21 and 31 while seeking hormone treatment for transgenderism.

“My body was a prison and I felt like there was no way out,” the activist says during the narration.

Dowling promotes the treatment as a form of bravery and self-expression.

“You can build up the courage to stand up for yourself in a way that this is what you want to do with your life,” Dowling says after injecting testosterone in one clip.

“Dowling later spoke at a school-wide assembly as part of the school’s ‘Stories Of Adversity & Resilience Program,’ about which administrators notified parents ahead of time, giving them the option to opt out their children,” reports The Washington Free Beacon. “Concerned parents flocked to a school board meeting last Thursday, where board members admitted parents should have similarly been informed about the hormone therapy video.”

Dowling, the first transgender man to be on the cover of Men’s Health magazine, is the chief executive officer of Point of Pride, a nonprofit that supplies people with free chest binders, shareware and financial assistance for hair removal, hormone replacement therapy, and gender reassignment surgery.

Legislatures in New Jersey have prioritized including gender identity and expression in the core curriculum of schools.

In January of 2021, New Jersey passed Assembly Bill 4454 which made the instruction of diversity and inclusion a requirement under the state’s Student Learning Standards.

According to the Learning Standards, “a board of education shall include instruction on the political, economic, and social contributions of persons with disabilities and lesbian, gay, bisexual, and transgender people, in an appropriate place in the curriculum of middle school and high school students.”

Educators in the states are also required to comply with policies developed by the state government to “ensure a supportive and nondiscriminatory environment for transgender students.”

New Jersey’s Transgender Guidance for School Districts requires students, teachers and administrators to “be provided with common terminology associated with gender identity” and use pronouns chosen by students.

The middle school and Kinnelon School District have not publicly commented on the video or its use in the classroom. 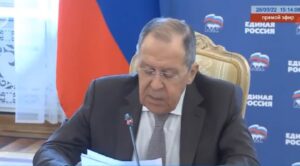