The schools, which are in North Ayrshire in Scotland, claim that it is “faster” and “more hygienic” than using other methods.

“With Facial Recognition, pupils simply select their meal, look at the camera and go, making for a faster lunch service whilst removing any contact at the point of sale,” a flyer about the new system states.

“Whilst the use of biometric recognition has been steadily growing over the last decade or so, these past couple of years have seen an explosion in development, interest and vendor involvement, particularly in mobile devices where they are commonly used to verify the owner of the device before unlocking or making purchases,” the flyer concludes. “We are delighted to offer this fast and secure identification technology to purchase our delicious and nutritious school meals.”

A document featuring the frequently asked questions about the technology states that “in light of the COVID pandemic, the process eliminates the need to physically touch equipment, making the purchase of school meals completely contactless and safe.”

The FAQ adds that parents can choose to opt out and have their child provided with a pin number to complete purchases instead. According to North Ayrshire council, 97 percent of parents have consented to allowing their children’s biometric data to be used.

“It’s the fastest way of recognising someone at the till — it’s faster than card, it’s faster than fingerprint,” David Swanston, the managing director of CRB Cunninghams, the company that installed the systems, told the Financial Times. “In a secondary school you have around about a 25 minute period to serve potentially 1,000 pupils. So we need fast throughput at the point of sale.” He said the average transaction time was cut to five seconds per pupil.

Opponents of using the technology have argued that by using biometric data collection on young children for mundane purchases, it is normalizing privacy violations.

“It’s normalising biometric identity checks for something that is mundane. You don’t need to resort to airport style [technology] for children getting their lunch,” Silkie Carlo of Big Brother Watch told the Financial Times.

Fraser Sampson, the Biometrics Commissioner for England and Wales, told the paper that he does not necessarily think that the technology should be used in schools.

“If there is a less intrusive way, that should be used,” he said. 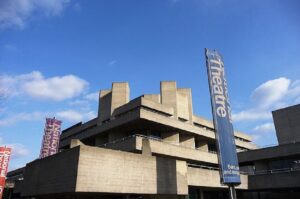