The National Theatre of Scotland has banned the word “spooky” from all shows, claiming that it is “racially insensitive.”

The Scottish theatre, which is largely funded by the government, had vowed to fight racism in the arts in response to the Black Lives Matter movement — though nobody had actually complained about this specific word.

“No one has complained about it but there were worries they could in the future,” a source told the Daily Record. “There’s been a lot of training and meetings since the BLM movement and how NTS should change.”

The word “spook” has been used to describe ghosts since the 19th century. It has also been commonly used as slang for a “spy.” However, the theatre took issue with the term because of it’s alleged use during World War II, when US military members began using it to describe black pilots.

“It might seem mad but NTS is committed to fighting racism so need to be extra careful in the language it uses,” the source continued. “It’s always been a really white organisation but it is trying to change that and become more diverse.”

The National Theatre Scotland most recently used the term “spooky” to describe Charles Dickens’ A Christmas Carol at the Old Kirk in Kirkcaldy in 2016.

The source stated that if even “one person” was offended by the word, it must be done away with.

The move was widely mocked online.

Piers Morgan commented that it was “another day, another example of absurd virtue-signalling that does nothing to advance the cause of racial equality.” Others responded to news articles about the ban with dictionary definitions of the word.

Tell me where its racist pic.twitter.com/0VKLfE7KW2 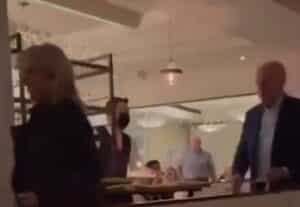