Joe and Jill Biden were caught on camera violating DC’s indoor mask mandate at an upscale restaurant on Saturday evening.

The president and First Lady appeared to be on a dinner date at the posh Michelin-starred seafood restaurant Fiola Mare.

Under the district’s mask mandate, all indoor diners are required to wear a mask unless they are actively eating and drinking.

Restaurant workers and Secret Service agents surrounding the Biden’s were all masked.

The mask mandate was reinstated by DC Mayor Muriel Bowser in July.

“Per CDC guidance and DC Mayor Muriel Bowser’s executive order, all individuals over age 2 are required to wear a mask indoors, regardless of vaccination status. Masks must be always worn while in our restaurants, except while eating and drinking. Thank you for understanding,” the restaurant’s website says.

Public establishments that do not enforce the executive order can face fines or even the revocation of their licenses. However, the order also states that “the enforcement provisions of this Order shall not be applied to persons in the federal government or legislative branch of the District government while those persons are on duty.”

In other words, masks are only for the commoners — not the DC elite.

Mayor Bowser herself has also been caught violating her own orders on multiple occasions.

Just hours before the order went into effect, the mayor was seen maskless at her birthday party with Dave Chappelle.

After the order was in effect, she was photographed maskless at an indoor wedding reception.

Finally, Mayor Bowser sparked calls of hypocrisy once again in September after she tweeted a photo of herself maskless with a group of ladies at an indoor Jack and Jill summit. 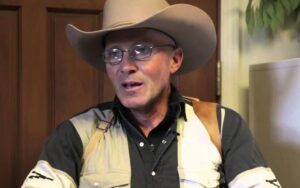