A cross-party panel in the United Kingdom has criticized legislation that would give English Authority the power to turn back migrants who arrive in small boats.

The Joint Committee on Human Rights is comprised of members of both houses of Parliament. It announced on Dec. 1 that the proposed legislation may violate both human rights and maritime laws.

The law, proposed by British Prime Minister Boris Johnson, would allow authorities that patrol the English Channel to turn away boats with migrants who are crossing to the U.K. The boat was discovered by a French fishing crew.

The English Channel is one of the busiest shipping lanes in the world.

On Nov. 24, about 27 migrants died off the coast of northern France when their boat capsized during the 21-mile journey.

Images from earlier that day showed the boat being pushed out under the observation of French authorities.

Among the fatalities were five women and one young girl.

“There were bodies floating in the water, it was very shocking to see,” said French lifeboat rescuer Charles Devos, per CBS News. “We recovered six people. All dead.”

Last week, Johnson asked French President Emmanuel Macron to take back all the migrants who arrive after crossing the Channel.

He wrote that taking the migrants back would “significantly reduce — if not stop — the crossings, saving thousands of lives by fundamentally breaking the business model of the criminal gangs” who oversee the trafficking.

According to NDTV, “Britain and France had earlier called for a coordinated European response to stop people-trafficking in the Channel after the deadliest accident since the waterway in 2018 became a key route for migrants from Africa, the Middle East and Asia trying to reach England from France.”

Sporting goods stores in France have stopped selling kayaks at locations in cities along the Channel after learning that their boats were used to cross into England.

In its new report, the Joint Committee argued that “a policy of pushbacks” would put lives at sea in danger: “This is even more so when dealing with people on small, unseaworthy vessels, in a busy shipping lane, often with rough waters, without appropriate lifesaving equipment, as is the case for migrants in small boats in the Channel.”

Britain’s Home Office is tasked with enforcing the border and supports the legislation. It says the move could “prevent further loss of life at sea.”

“We continue to evaluate and test a range of safe and legal options to find ways of stopping small boats making this dangerous and unnecessary journey,” the Home Office said in a statement. “These all comply and are delivered in accordance with both domestic and international law.”

“The government’s new borders bill also proposes to treat asylum-seekers who sneak into Britain more harshly than those who use the few available authorized routes for refugees,” reports AP News. “The human rights committee said that is inconsistent with the U.N. Refugee Convention, which ‘explicitly prohibits refugees being penalized for unauthorized entry.’”

The number of migrants reaching Britain has increased significantly over the past three years. While 300 migrants crossed the Channel in 2018, about 8,500 arrived in 2020. So far, more than 25,000 people have arrived via the Channel in 2021. 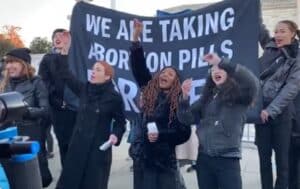