Pro-abortion protesters claimed to be publicly taking abortion pills outside of the Supreme Court on Wednesday morning.

At least four women with the activist group Shout Your Abortion were captured on film ingesting pills that they claimed were abortifacients.

The Supreme Court is hearing a case on a Mississippi abortion law that will challenge Roe v. Wade.

Women involved in the demonstration stood in front of a large black banner that read “WE ARE TAKING ABORTION PILLS FOREVER.” They also led a chant of “abortion pills forever.”

The crowd could be heard cheering as the women took the pills in video posted on Twitter by feminist writer Erin Matson.

Pro-life protesters were also gathered outside the Supreme Court, chanting things like “hey hey, ho ho, Roe v. Wade has got to go.”

Among the chants from pro-lifers outside SCOTUS:

“We are the pro-life generation and we will abolish abortion.”

The court was hearing oral arguments in Dobbs v. Jackson Women’s Health Organization, a case regarding the 2018 Mississippi abortion law that bans the procedure at 15 weeks.

“As the law stands now, Roe v. Wade and the decisions that came after it hold that states have to allow a woman to be able to get an abortion up to the point of viability, or when the baby can survive on its own outside the womb. Most states hold this mark at around 20 to 24 weeks, so the Mississippi law is a direct violation,” the Daily Wire reports.

Conservatives have argued that allowing such late abortions is both the killing of a baby and unusual given the laws around the rest of the world.

“The U.S. is an outlier as relates to where our laws are today. In fact, just seven countries in the world allow late-term abortions. One of those is the United States. A couple of others are North Korea and China,” Republican Sen. Steve Daines said in a statement to Fox News.

The court currently has a 6-3 conservative majority, though it is not clear which way they will side. 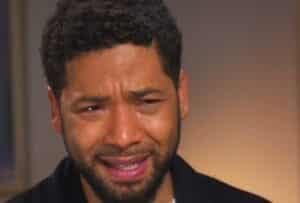