The special prosecutor teased having footage of actor Jussie Smollett engaging in a “dress rehearsal” the day before the alleged “hate hoax” was staged during his opening statement in the trial on Tuesday.

Smollett, 39, is currently on trial in Chicago for staging a fake hate crime against himself and blaming it on supporters of Former President Donald Trump in 2019.

After news of Smollett being “attacked” by “racists” who poured bleach on him and put a noose around his neck went viral, evidence soon came to light that he hired two brothers, Bola and Ola Osundairo, to help him stage the violence to garner attention for his acting career.

Amazing. Smollett brought his “attackers” on a dry run the day before the fake hate crime, and it’s on video. pic.twitter.com/vsBQeldtSZ

On Tuesday, jurors had been shown surveillance footage of the brothers buying supplies that the prosecution alleges were used to stage the attack. Their purchase included a red hat, which they claim the actor asked them to wear in order to implicate Trump supporters.

The court also saw body camera footage from a responding officer, in which Smollett could be seen with a noose still around his neck.

The Osundairo brothers are black.

“Are you certain that Mr. Smollett described one of his attackers as a white male?” special prosecutor Samuel Mendenhall asked.

Smollett has been charged with three counts of disorderly conduct and faces up to three years in prison if convicted.

Nenye Unche, Smollett’s attorney, has maintained that the hate crime did happen and that police rushed to judgement against her client.

“At the end of the day they want you to believe Jussie was stupid enough to pay for a hoax with a check but was smart enough to pay (for supplies) with a $100 bill,” said Unche.

Unche went on to assert that her client is the “real victim.”

The Osundairo brothers have told the Chicago police that it was all staged and they are scheduled to provide testimony in the trial. They have also filed a defamation lawsuit claiming that Smollett’s attorneys made false claims about them that have ruined their acting careers.

Judge James Linn, who is presiding over the trial, said that he expects it to take about a week. 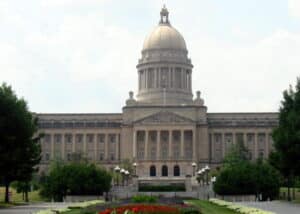