More than 20,000 migrants are believed to have crossed the Channel this year alone

In an effort to deter migrants from crossing the English channel, a French sporting goods company will stop selling kayaks in some cities.

Decathlon announced its stores in Calais, Boulogne, Dunkirk, and Grande-Synthe would no longer carry kayaks, which were being “misused.”

The retailer said in a statement that the boats had been “diverted from their sporting use.” Decathlon noted that they “can serve as boats to cross the Channel” but could “endanger the lives of people who use them as part of a crossing,”

“The risks they take are considerable, which leads us to withdraw all of these products from sale in stores in all the sites of the Opal Coast: Decathlon Calais, Grande-Synthe, le Touquet-Paris-Plage and Boulogne-sur-Mer. It will only be possible to buy them online with home delivery,”

In addition to eliminating kayaks, the Calais and Grande-Synthe locations will carry thermal gear and lifejackets. Kayaks will remain on sale in other Decathalon locations.

According to Breitbart, “three migrants attempted to cross the English Channel from the northern French coast and were reported missing on Friday. Two of the kayaks were found off the coast of Calais and two shipwrecked migrants were later rescued by local gendarmerie.”

Illegal crossings of the English Channel have been increasing in recent weeks. On Nov. 13, 1,185 migrants crossed – a record daily high according to the British government. The number of crossings at the channel doubled in one year.

The French Maritime Prefecture reported that, by August 31, roughly 15,500 migrants had either attempted or successfully crossed.

In July of 2021, the two nations had agreed to fight all forms of illegal immigration. The ultimate aim was to prevent 100% of crossings. Getting rid of readily accessible small boats was an important measure, the government said.

The British government agreed to invest nearly €63 million (about $71 million USD) during 2021 and 2022 in France’s security and technology to prevent crossings.

During their November meeting, the interior ministers “discussed a range of additional steps, alongside additional technical solutions to tackle organized crime groups and respond to the escalating issue.” They “agreed that the joint technical working group will meet imminently with a view to permitting the use of new technology as rapidly as possible.”

During the meeting, Patel noted the migrations challenges facing other parts of Europe, including the ongoing border standoff at the Polish-Belarusian border. 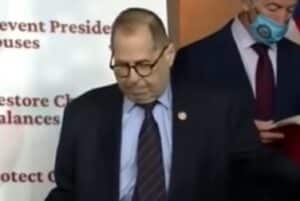