The Belarusian government has said there is a total of 7,000 migrants in the country

Migrants have clashed with Polish forces as the standoff at the border continues.

Hundred of migrants, the majority of whom are from Iraq, are still gathered along the border fence that separates Poland and Belarus.

The Belarusian government has been accused of flying migrants into its capital city, Minsk, directing them to the border, and preventing them from retreating. The migrants have spent weeks at the border, seeking to cross into the 27-nation bloc.

The European Union has claimed the nation’s president, Alexander Lukashenko, created the conflict as retribution for sanctions imposed following the Belarusian crackdown on pro-democracy protesters.

“Poland’s Border Guard tweeted on Thursday that there had been 501 attempts to cross the border on Wednesday, with one group consisting of around 500 people. That was an increase from previous days,” per NBC News.

The Iraqi foreign ministry has said roughly 430 Iraqis checked in for the flight from Minsk to Iraq on Nov. 18.

“Several countries, including the UAE, Turkey and Syria, have begun preventing citizens of Afghanistan, Syria, Yemen and Iraq from boarding flights to Minsk,” per The Medialine.

Lukashenko, who is closely allied with Russian President Vladimir Putin, has denied that he is acting out of revenge. He has criticized the EU for not taking in the migrants.

The Belarusian president had two calls with German Chancellor Angela Merkel to discuss the situation at the border.

Natalya Eismont, a spokesperson for Lukashenko, said 7,000 migrants were in the country in a Nov. 18 statement. She added that, if they are willing, Belarus will take responsibility for sending 5,000 migrants home.

Eismont indicated that the remaining 2,000 migrants would possibly be directed to Germany on humanitarian grounds if Merkel successfully negotiates a deal with the EU.

“In the latest border incident, the Polish defense ministry said Belarusian forces had first carried out reconnaissance and ‘most likely’ damaged the barbed wire fence along the border,” reports IBTimes.

The agency said that it detained 200 migrants in Poland after an estimated 500 migrants attempted to cross.

Putin has denied being involved in Belarus’s actions.

“I want to tell you something else. I want everyone to know,” the Putin said in an interview with state broadcaster Russia 24. “We have absolutely nothing to do with it. Everyone is trying to impose responsibility on us for any reason and for no reason at all.” 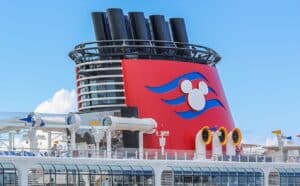