A UK man killed himself after being falsely labeled a pedophile by police in a charging document.

Brian Temple of Redcar, England, had been arrested by the Cleveland Police for allegedly stealing a package of Greggs sausage rolls on June 8, 2017.

Temple’s girlfriend began to spread the rumor that he was a pedophile. This led to intense backlash against him, including being “verbally abused in the street, attacked in his own home and hit around the head by a golf club,” according to a report from Teeside Live.

On Monday, witnesses explained what Temple was subjected to during a hearing at Teesside Coroner’s Court.

“Accounts from family members at the inquest described how he descended into heavy drinking and drug use. A coroner said that the toxicology report found 134 milligrams of alcohol in addition to a cocktail of cocaine, Diazepam, Zopiclone and Pregablin in his system when he died, although his death resulted from hanging,” Newsweek reports.

His family maintains that he was a happy man prior to the arrest and the faulty paperwork. Temple’s brother told the court that he had always been anti-drugs, but was spiralizing into abusing them to cope with the “constant attacks and assaults in the months leading up to his passing.”

According to his sister-in-law, the document was in his pocket when he committed suicide. She said that the police were aware that he was already struggling with mental health issues at the time of his arrest and that they had a “duty of care” that they failed to uphold.

Detective Sergeant Agar of the Cleveland Police told the inquest that the sheet was “a genuine human error,” according to the Newsweek report.

The Independent Office for Police Conduct described the mistake as “incredibly unusual” and began an investigation to make sure nothing like this ever happens again. 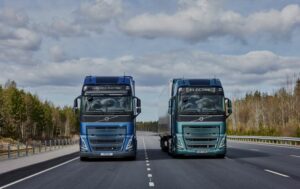