Residents of Toronto will now be able to get cannabis delivered to their homes through UberEats.

The food delivery arm of the ride-sharing platform has partnered with Leafly to bring marijuana to people over the age of 19 years old. Unlike UberEats, an independent driver will not transport the order. Cannabis retailers will need to have a staff member make the delivery.

To comply with Canadian law, the staff member delivering the order will need to verify the resident’s age and sobriety. Initially, the companies will work with three cannabis retailers – Hidden Leaf Cannabis, Minerva Cannabis and Shivaa’s Rose.

“Uber had previously partnered with a retailer in Ontario, Canada to allow customers to order cannabis, but under that deal they had to pick up their order themselves,” notes Axios.

“We are partnering with industry leaders like Leafly to help retailers offer safe, convenient options for people in Toronto to purchase legal cannabis for delivery to their homes, which will help combat the illegal market and help reduce impaired driving,” Lola Kassim, the general manager of UberEats Canada, said in a statement on Oct. 17.

Leafly is a database with articles and resources regarding the global cannabis industry that connects retailers to customers. It is headquartered in Seattle, Washington.

“We are thrilled to work with Uber Eats to help licensed retailers bring safe, legal cannabis to people across the city,” said Yoko Miyashita, CEO of Leafly.

In October of 2018, Canada became the second country in the world to legalize marijuana for recreational use on a federal level.

“Canadians aged between 25 and 34 had the highest rate of cannabis consumption nationally as of last quarter of 2020. More than 32 percent of survey respondents in this age group stated that they consumed cannabis of any form in the past three months,” per Statista.

Marijuana use is also on the rise among young adults in America, where Colorado was the first state to legalize the substance about a decade ago. The National Institutes of Health reported in August that “Marijuana and hallucinogen use in the past year reported by young adults 19 to 30 years old increased significantly in 2021 compared to five and 10 years ago, reaching historic highs in this age group since 1988.”

Recreational marijuana use is legal in 19 states and Washington, DC. During the 2022 midterm elections, marijuana is on the ballot in Arkansas, Missouri, Maryland, North Dakota, and South Dakota. 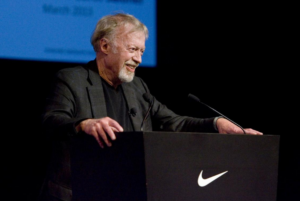