The co-founder of the athletic brand Nike does not want a Democrat to be elected governor of Oregon.

Phil Knight – the richest man in the state – is the largest single donor to both Republican candidate Christine Drazan and Independent Betsy Johnson. The 84-year-old billionaire is frustrated with the state legislature’s recent move to the left which has left him and other residents uneasy.

“One of the political cartoons after our legislative session had a person snorting cocaine out of a mountain of white,” Knight told The New York Times. “It said, ‘Which of these is illegal in Oregon?’ And the answer was the plastic straw.”

While Knight has given $3.75 million to Johnson’s campaign, he told the outlet he is now focusing his support on Drazan – to whom he has donated $1 million.

Oregon is currently led by Democratic Governor Kate Brown. In May, Brown was ranked the least popular governor in America with a disapproval rate among Oregonians of 54%. Oregon has had a Democrat as governor since 1987.

Tina Kotek, a former member of the state House of Representatives, won the Democratic Party primary in May. Kotek has supported legislation decriminalizing small amounts of cocaine, heroin, methamphetamine, and other hard drugs. She has also been an advocate for LGBTQ issues and would look to codify same-sex marriage if elected.

“I think God has said, ‘People are who they are. I’ve made them that way. Let’s support and celebrate people in their authentic selves,’” Kotek told NBC News. “That’s what I believe in, and I think that’s what a lot of people believe. I know a lot of Oregon voters believe that.”

The Times notes the Oregon gubernatorial race is “so close in part” because Johnson, a “Democratic-turned-independent candidate running as a centrist” has “drawn a sizable bloc of support away from” Kotek.

Since September, multiple polls have consecutively indicated that Drazan leads Kotek among voters. An Emerson College poll found Drazan led by 2% with Johnson maintaining support from 19% of voters. Another 9% remain undecided. Clout Research reported on Oct. 10 that nearly 44% of voters planned to support Drazan while about 38% will vote for Kotek. The same poll found that 67% of Oregon voters believe elected officials at the local, state, and national levels.

Drazan has focused on this shared sentiment during her campaign, casting Kotek and Johnson as extensions of Brown’s government.

“Tina and Betsy haven’t fixed anything. In fact, they’ve made things worse,” Drazan said in an ad, per Fox News. “We need a new direction. My roadmap for Oregon cleans up our streets, stops the tax increases, and makes life more affordable for Oregon families. The stakes couldn’t be higher, but together we can do this.”

Knight is the Chairman Emeritus of Nike and participates in its board meetings as a non-voting observer. He acknowledged in his interview that his views may not be entirely reflective of those of the company.

Notably, Darzan is an anti-abortion candidate while Nike has offered to financially support employees seeking abortions.

“Nike has good leadership. They make choices, whatever they want, but I think I’m more conservative than Nike,” Knight said when asked about the company’s policy. 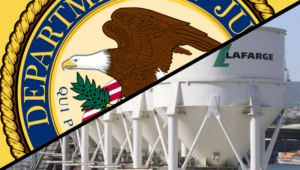