Oregon's current governor has the lowest approval rating in the nation

The Republican and Democrat vying to become the next governor in Oregon are locked in a tight race as a significant portion of voters intend to support the independent candidate.

Approximately 21% of voters intend to support Independent candidate Betsy Johnson, a longtime state politician who has been both a Democrat and Republican in the past.

Johnson describes herself as “loyal only to Oregonians.” She spent roughly $900,000 on an effort to gather the necessary number of valid signatures to appear on the November ballot as an unaffiliated candidate.

KGW8 reported at the end of August that “Johnson had raised more funds than either Kotek or Drazan and has significantly more cash-in-hand after the primary — $4.2 million, when neither opponent can boast more than $2 million.”

While Johnson does command a significant amount of support, she appears unlikely to win during the midterm. Instead, her presence has increased the competitive nature of the race by leaving fewer independents for the front runners to court.

Drazan served in the Oregon House of Representatives from 2018 to 2022. DHM polling shows the Republican is currently leading the race with 35% support.

“Christine Drazan is on the doorstep of history,” Drazan campaign spokesman John Burke said in a statement, per The Daily Caller. “No candidate in recent memory has come as close as she is to ending the 35 years of one-party control of the governor’s office. Our state is ready for a new direction and voters increasingly recognize Christine as the only candidate who will deliver. We are excited about the momentum we are seeing and will continue to run hard through Election Day.”

Kotek was the Speaker of the House from 2013 to 2022. Her campaign has warned lawmakers in Oregon could move further to the right on issues such as abortion and gun rights.

Johnson described Kotek in a campaign email as having a “dangerous, far-left record,” per KOIN.

All three women took part in an in-person debate on Sept. 27 where Kotek was the lone supporter of a gun-control measure that will appear on the ballot this November. If adopted, the policy would require people to qualify for a permit prior to purchasing a gun.

The candidates also discussed the state of law enforcement, taxes and homelessness.

“There are 1 million registered Democrats and 729,000 registered Republicans in Oregon. But there are also 1 million registered voters claiming no party affiliation,” reports AP News. “Which way they swing come Nov. 8 could be decisive in whether a Republican will be Oregon’s governor for the first time since 1987, or an independent since 1935.”

Incumbent governor Kate Brown cannot seek reelection due to state term limits. She has the lowest approval rating of any governor in the country. 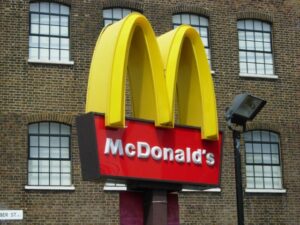