In a joint deal with fashion brand Cactus Plant Flea Market (CPFM), McDonald’s is set to release a meal geared towards adults beginning this Monday which will be available through Oct. 30.

“remember u are never too old for a happy meal,” the fast food brand tweeted last Friday, seemingly foreshadowing the announcement. In a Facebook post, McDonald’s also teased the announcement saying, “One day you ordered a Happy Meal for the last time and you didn’t even know it.”

McDonald's will have adult Happy Meals this October https://t.co/mLQm9jm4Km

“We’re taking one of the most nostalgic McDonald’s experiences and literally repackaging it in a new way that’s hyper-relevant for our adult fans,” said McDonald’s USA Chief Marketing and Customer Experience Officer Tariq Hassan in a company statement. “I can’t wait to give fans a unique piece of art and culture as we dive headfirst into the dynamic world of Cactus Plant Flea Market together next week. With menu favorites like the Big Mac and McNuggets at the center of this collab, this is another way we’re reigniting a new generation’s love for our food and the brand.”

CPFM is a fashion brand that creates original streetwear featuring dyes and lettering, some of which include their character Cactus Buddy.

In 2020 the fast food company teamed up with rapper Travis Scott to release the “Travis Scott Meal,” which consisted of the rapper’s favorite menu item, a Quarter Pounder combo with Sprite.

McDonald’s collaboration with Scott appeared to resemble former 90s collaborations from the company featuring souvenir collectibles based on movies released at the time. However, the campaign did not feature a Scott-themed toy to compliment the meal, Vulture reported.

Shortly after McDonald’s campaign with Scott the company released a “J Balvin Meal” featuring the reggaeton artist’s favorite order from the chain: a Big Mac, medium fries with ketchup and an Oreo McFlurry. McDonald’s released another celebrity-inspired meal campaign in 2021 with South Korean boy band the Bangtan Sonyeondan (BTS), also referred to as the Bangtan Boys. The “BTS Meal” consisted of the menu’s 10-piece Chicken McNugget combo, with limited-time sauces curated by BTS and a Coke. Similar to the “Travis Scott Meal,” the “BTS Meal” and “J Balvin Meal” did not feature celebrity-themed toys along with the order. 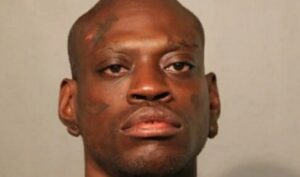 Chicago Sex Offender Attempted to Kidnap a Woman, Poured Urine on Another, One Day After Being Released on Recognizance Bond