Lafarge, the French industrial giant specializing in cement and other building materials, has admitted to working with the Islamic State of Iraq and al-Sham and al-Nursah Front to gain access to a cement plant in Syria between 2013 and 2014.

According to a Justice Department press release, Lafarge’s subsidiary, Lafarge Cement Syria (LCS), entered into a revenue-splitting agreement with the two terrorist organizations which allowed the French company to generate $70.3 million in additional revenue.

Lafarge has pleaded guilty to paying armed terrorist groups, negotiating revenue-sharing agreements with ISIS, falsifying records, and conspiring to provide material support to designated foreign terrorist organizations, and will pay a $777.78 million fine as a consequence.

“The terrorism crimes to which Lafarge and its subsidiary have pleaded guilty are a vivid reminder of how corporate crime can intersect with national security,” said Deputy Attorney General Lisa O. Monaco. “The defendants partnered with ISIS, one of the most brutal terrorist organizations the world has ever known, to enhance profits and increase market share — all while ISIS engaged in a notorious campaign of violence during the Syrian civil war.”

With the Arab Spring and the Syrian Civil War underway, Lafarge, which had invested hundreds of millions in antebellum cement operations, began to pay local militant factions protection money so that their employees could traverse to and from the plant safely. LCS soon began contracting with ISIS-controlled material suppliers and began structuring their protection payments around the quantity of cement they were able to produce. The Justice Department said that this agreement structure was designed to “incentivize the terrorist group to act in LCS’s economic interest.”

But, LCS did not only expect ISIS to provide protection in exchange for a cut of the revenue, they also insisted that the terrorist organization hamper their competition:

In exchange for LCS paying ISIS 750 Syrian Pounds per each ton of cement that it sold, they expected ISIS to take action against its competitors, either by stopping the sale of competing imported Turkish cement in the areas under ISIS’s control, or by imposing taxes on competing cement that would allow LCS to raise the prices at which it sold cement.

From August 2013 through October 2014, Lafarge and LCS paid ISIS and ANF, through intermediaries, the equivalent of approximately $5.92 million, consisting of fixed monthly “donation” payments to ISIS and ANF, payments to ISIS-controlled suppliers to purchase raw materials, and variable payments based on the amount of cement LCS sold. Lafarge and LCS also paid the equivalent of approximately $1.11 million to the third-party intermediaries for negotiating with and making payments to ISIS and ANF on Lafarge’s and LCS’s behalf. In addition, when LCS eventually evacuated the Jalabiyeh Cement Plant in September 2014, ISIS took possession of cement that LCS had produced in furtherance of the conspiracy, and ISIS sold the cement at prices that would have yielded ISIS approximately $3.21 million. As a result of the scheme, LCS obtained approximately $70.30 million in total sales revenue from August 2013 through 2014. The gains to all participants in the conspiracy, including LCS, the intermediaries and the terrorist groups, totaled approximately $80.54 million.

“The defendants routed nearly six million dollars in illicit payments to two of the world’s most notorious terrorist organizations – ISIS and al-Nusrah Front in Syria – at a time those groups were brutalizing innocent civilians in Syria and actively plotting to harm Americans,” said Assistant Attorney General Matthew Olsen.

“This case sends the clear message to all companies, but especially those operating in high-risk environments, to invest in robust compliance programs, pay vigilant attention to national security compliance risks, and conduct careful due diligence in mergers and acquisitions,” Monaco added.

The guilty plea marks the first prosecution for corporate material support for terrorism by the Department of Justice. 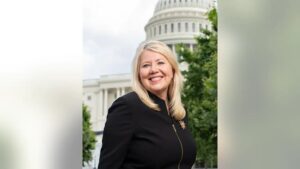