Vietnam is the second leg of Harris’s first official Southeast Asia trip. The trip was delayed by several hours after the U.S. embassy in Hanoi said there was an “anomalous health incident” there. The Vice President was in Singapore before arriving in Vietnam.

A sudden increase in coronavirus cases in Vietnam has been attributed to the Delta variant and low vaccination rates.

“Only about 2% of the country’s 98 million people are fully vaccinated, and the surge in cases prompted a recent lockdown in Ho Chi Minh City, the nation’s business hub and the center of the latest outbreak,” per AP News.

Speaking from a bilateral meeting with Vietnamese Prime Minister Pham Minh Chinh, she announced the doses would arrive within 24 hours.

“The U.S. will provide $23 million in American Rescue Plan and emergency funding through the Centers for Disease Control and the United States Agency for International Development to help Vietnam expand distribution and access to vaccines, combat the COVID-19 pandemic and prepare for future disease threats,” reports Newsmax. “The Defense Department is also delivering 77 freezers to store the vaccines throughout the country.”

In addition to this aid and other several partnerships, Harris asked Vietnam to challenge China’s “bullying” in the South China Sea.

According to CNBC, “the South China Sea is [a] resource-rich waterway that’s a vital commercial shipping route where trillions of dollars of world trade pass through each year. China claims nearly the entire sea — parts of which have also been claimed by some Southeast Asian countries including Vietnam, Malaysia and the Philippines.”

“We need to find ways to pressure and raise the pressure, frankly, on Beijing to abide by the United Nations Convention on the Law of the Sea, and to challenge its bullying and excessive maritime claims,” she said at the start of her meeting with Vietnamese President Nguyen Xuan Phuc.

In total, the United States will have provided Vietnam with over 6 million vaccinations. 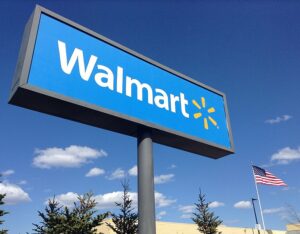