For the first time, a Wendy’s has opened inside a Walmart.

The chain’s new Heath, Ohio location will be smaller than a traditional restaurant. It has been described as having “a look and feel that’s whimsical” and it captures the brand “in a unique and modern way.”

A Wendy’s spokesperson told Business Insider, “There are big opportunities for Wendy’s to reach consumers where they live, work, and play, and that includes non-traditional venues where we have captive market audiences like airports, universities, and retail environments, like Walmart. We know that Wendy’s fans are looking for great food on the go, at a reasonable price, to feed themselves and their families.”

Walmart often leases retail space at the front of its store to chain restaurants. Last year, hundreds of McDonald’s located in Walmarts closed but Domino’s and Taco Bell locations were added.

“We’re looking to both restaurants and services that are really relevant to our customers – be it local businesses, a service that has localized relevance, or a larger chain that is really delivering on how customers are looking to shop and get their meals and create an eco-system for our customers,” a Walmart spokesperson told Insider.

In addition to expanding dine-in options, the retail giant announced this week it would expand the operations of its Spark delivery service which is currently in 500 cities nationwide.

The company will “start farming out its delivery service, using contract workers, autonomous vehicles and other means to transport rival retailers’ products directly to their customers’ homes as fast as just a few hours,” reports ABC News. “The moves are happening as the pandemic has deepened shoppers’ appetite for speedier deliveries, putting more stress on smaller retailers that can’t meet their expectations.”

With this change, Walmart will now challenge other delivery services, like Uber and DoorDash. The service, known as Walmart GoLocal, reportedly has a number of deals with national and small-business clients.

In April, The New York Post noted the company was “ditching the massive, automated pick-up towers inside its stores that hold online purchases for customers.” The company observed that customers preferred curbside pick-up, which became popular during the COVID-19 pandemic. It removed 300 of the towers and would be “hibernating” another 1,300.

Stock prices for Walmart have risen 36% since the start of the pandemic. 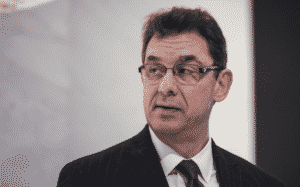