Since Dec. 2, independent journalists have been exposing direct links, collusion, and coordination between social media giant Twitter and various agencies within the U.S. government and intelligence apparatuses.

Dubbed the “Twitter Files” and largely ignored by corporate press outlets, the revelations were published after several journalists were provided access to data and thousands of internal documents from Twitter.

The releases (links provided below) have shown evidence of secret blacklists at Twitter, the company colluding with the FBI to censor the Hunter Biden laptop story, the FBI paying Twitter nearly $3.5 million to censor and ban users, how Twitter abetted the Pentagon’s covert psychological operations programs, and much more.

As Americans have become increasingly aware of the salacious exposé, roughly two-thirds now believe that congress should investigate the FBI’s involvement in social media censorship.

A new national survey from Rasmussen Reports finds that 63 percent of U.S. voters believe it is likely that the FBI prodded social media sites like Facebook and Twitter to “suppress, silence, or reduce the reach of certain political speech and speakers.”

Less than a third (27 percent) do not believe it’s likely the FBI encouraged social media sites to censor speech.

Sixty-three percent of likely voters believe congress should launch investigations into censorship at the behest of the FBI, while only 22 percent oppose such an inquiry. Fifteen percent are undecided.

“The perception of political bias at the FBI is clearly reflected in public opinion about the bureau,” according to Rasmussen, with 74 percent of Democrats now holding a favorable opinion of the FBI, as only 34 percent of Republicans agree.

Rasmussen’s survey data also show that majorities of “every racial category – 62 percent of whites, 53 percent of black voters and 67 percent of other minorities – think it’s at least somewhat likely the FBI encouraged social media to ‘suppress’ or ‘silence’ political speech.”

The “Twitter Files” may be viewed by clicking the links below: 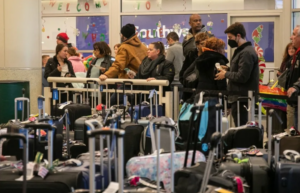