Southwest Airlines is struggling to recover after canceling thousands of flights over the holidays, leaving customers stranded in airports across the country.

Extreme weather caused by Winter Storm Elliot across the midwest led to the cancellation of more than 12,000 flights over Christmas weekend. Southwest was among the hardest hit and canceled 25% of its flights between Dec. 21 and Dec. 24.

The airline has continued to struggle to restore order. Southwest canceled another 5,400 flights between Dec. 26 and Dec. 27 — 70% and 60% of each day’s respective schedule. Another 1,500 flights scheduled for Dec. 29 have been canceled. An estimated 750,000 travelers have been impacted by the cancellations.

“I want everyone who is dealing with the problems we’ve been facing, whether you haven’t been able to get to where you need to go or you’re one of our heroic employees caught up in a massive effort to stabilize the airline, to know is that we’re doing everything we can to return to a normal operation,” Jordan said.

“We’re the largest airline in 23 of the top 25 travel markets in the U.S., cities where large numbers of scheduled flights simultaneously froze as record cold brought challenges for all airlines,” said Jordan. “Our network is highly complex and the operation of our airline counts on all the pieces, especially aircraft and crews remaining in motion, to where they’re planned to go.”

“With our large fleet of airplanes and flight crews out of position in dozens of locations, and after days of trying to operate as much of our full schedule across the busy holiday weekend, we reached a decision point to significantly reduce our flying to catch up,” he added.

According to Inc., Southwest does not rely on a hub system to schedule flights like other airlines which exacerbated issues caused by weather-related travel disruptions.

The airline’s “flight schedule is built around point-to-point connections between different cities,” noted the outlet. “The result is that passengers get more flexible schedules without having to connect in large hub airports.”

“The downside is, it makes it a lot harder to recover when you have a major disruption to your operations. Canceled flights mean aircraft and crew end up in the wrong place, causing more delays and cancelations as the airline tries to catch up,” Inc. added.

The United States Department of Transportation denounced Southwest’s response to the travel disruptions. The USDOT said the airline had an “unacceptable rate of cancellations and delays” and that it was “concerned” by “reports of lack of prompt customer service.”

“The Department will examine whether cancellations were controllable and if Southwest is complying with its customer service plan,” said USDOT in a Dec. 26 statement. 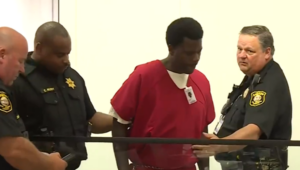