Around 50 illegal immigrants arrived at the Port Authority Bus Terminal in midtown Manhattan on Aug. 5 – the first to be sent to New York City from Texas.

The transportation is part of Abbott’s Operation Lone Star – a multi-agency effort to apprehend migrants who are illegally crossing the United States-Mexico border. The governor’s office reports over 290,700 illegal immigrants and 325.9 million doses of illicit fentanyl have been apprehended through the initiative.

Abbott has bused over 6,500 migrants to Washington D.C “to provide much-needed relief to [Texas’s] overwhelmed border communities” since April when he began the relocation operation, which is being managed by the Texas Division of Emergency Management.

On Monday, Abbott sent a letter to DC Mayor Muriel Bowser and New York City Mayor Eric Adams inviting them to observe the “humanitarian and security crisis” on the nation’s southern border in person.

“Your recent interest in this historic and preventable crisis is a welcome development—especially as the President and his Administration have shown no remorse for their actions nor desire to address the situation themselves,” the governor wrote. “As Governor, I invite you to visit our border region to see firsthand the dire situation that only grows more urgent with each passing day, and to meet with the local officials, who like yourselves, realize this matter deserves immediate federal action.”

“I also ask you to join me in requesting President Biden secure the border and put an end to this disastrous crisis,” Abbott added.

Both Bowser and Adams requested in July for the Biden administration to send them assistance due to the burden a large number of illegal migrants has placed on their cities’ resources, including homeless shelters.

Fabien Levy, a spokesperson for Adams, issued a written statement turning down the invitation.

“Instead of a photo-op at the border, we hope Gov. Abbott will focus his energy and resources on providing support and resources to asylum seekers in Texas as we have been hard at work doing in New York City,” Levy wrote, per The Washington Examiner. “We continue to work with federal partners to receive additional financial resources immediately, but will never turn our backs on those in need who are arriving here.”

Abbott alluded to the statement from the mayor’s office while announcing the charter buses’ arrival.

“In addition to Washington, D.C., New York City is the ideal destination for these migrants, who can receive the abundance of city services and housing that Mayor Eric Adams has boasted about within the sanctuary city,” Abbott said in a statement. “I hope he follows through on his promise of welcoming all migrants with open arms so that our overrun and overwhelmed border towns can find relief.” 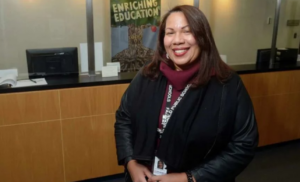