The interim Superintendent said he has ‘initiated administrative action’

The director of diversity, equity and inclusion at Fairfield Public Schools has apologized for resharing comments blaming white people for the division in the country.

In her statement addressing the concerns voiced by parents, Digna Marte said she retweeted the post because she agreed with “concerns and sentiments of others” about a march conducted by a reported white supremacist group in Boston over the weekend of July 4.

One of the messages, which was originally posted on July 2, said the United States “is coming apart at the seams” and that “WHITE PEOPLE ARE THE ONES DRIVING IT.”

Another post from the same day read “Do you ever WTF WHITE PEOPLE even though you are a white people?”

“In retweeting these messages, it was never my intention to hurt others or be divisive. If it was perceived that way, I apologize,” Marte said, per the Connecticut Post.

“On the contrary, my goal is always to build community, facilitate understanding, and help us work together for the better good of our students, community, and country,” the DEI director continued.

Parents who emailed the Board of Education about the tweets were directed to Interim Superintendent of School Stephen Tracy.

Tracy told the media that he was aware of the controversy but could not discuss the matter as it was a “personnel” issue.

“I am able to tell you that Ms. Marte continues to be a member of the Fairfield staff and that I have taken appropriate action in response to this matter,” he said. “However I am not in a position to discuss disciplinary or personnel matters at this time.”

Tracy later told The National Desk that he has “initiated administrative action.”

Fairfield is a coastal city between Norwalk and Bridgeport. The public school district serves just over 9,300 students. Roughly 75% are White, 12% are Hispanic, 6% are Asian, and 3% are Black according to the school database Niche.

Marte was hired by the school district for her current role in late 2021. She previously worked in housing and community development for New York City and for a nonprofit. She left that career to go to seminary school and then worked for Messiah Baptist Church in Bridgeport. Marte was first hired by Fairfield as a world language teacher in 2008 and has since been an educator and school administrator across the state at schools in New Haven, Bridgeport, and Hartford.

“Part of my work as an educator is knowing that, for children, if we’re not creating an inclusive environment and we’re not helping them feel comfortable and like they belong, they don’t learn because their brain shuts down,” Marte told the Connecticut Insider during an interview in February of 2022. “Adults will have the same reaction if I don’t take the time to help them understand the different layers of identity.”

At the time, she praised the members of the school district, who she described as “woke.”

“For me, the end goal is making sure that we capture every single child. My goal is for every child and every person I come in contact with, to grow to their next level,” the administrator said. 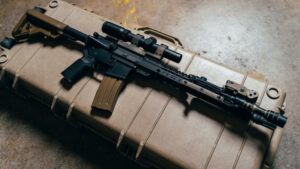