The Madison County school district in North Carolina has announced a plan to put emergency safes with AR-15 rifles at every school.

The measure is part of the district’s plan for enhanced security in the wake of recent school shootings, particular the one in Uvalde, Texas, where law enforcement is accused of horrifically botching the response.

In addition to the rifles, the safes will also contain magazines, ammunition, and breaching tools.

“Those officers were in that building for so long, and that suspect was able to infiltrate that building and injure and kill so many kids,” Sheriff Buddy Harwood told the Citizen Times of the response in Uvalde. “I just want to make sure my deputies are prepared in the event that happens.”

“We were able to put an AR-15 rifle and safe in all of our schools in the county,” Harwood said. “We’ve also got breaching tools to go into those safes. We’ve got extra magazines with ammo in those safes.”

Harwood explained that the breaching tools are especially important in the event that a shooter barricades a door — as every second matters in these situations.

“The reason we put the breaching tools in the safes is that in the event we have someone barricaded in a door, we won’t have to wait on the fire department to get there,” Harwood continued. “We’ll have those tools to be able to breach that door if needed. I do not want to have to run back out to the car to grab an AR, because that’s time lost. Hopefully we’ll never need it, but I want my guys to be as prepared as prepared can be.”

Harwood told the paper that even if the School Resource Officers having access to weapons makes some people uncomfortable, he believes that it is necessary to make sure that students are protected.

“I hate that we’ve come to a place in our nation where I’ve got to put a safe in our schools, and lock that safe up for my deputies to be able to acquire an AR-15. But, we can shut it off and say it won’t happen in Madison County, but we never know. I want the parents of Madison County to know we’re going to take every measure necessary to ensure our kids are safe in this school system. If my parents, as a whole, want me to stand at that door with that AR strapped around that officer’s neck, then I’m going to do whatever my parents want as a whole to keep our kids safe.”

The sheriff said that in addition to these efforts, they will also be holding a live drill with all of the teachers and staff on August 17.

“The scenario will incorporate all of our teachers, just to prepare them what to look for in the event we have to come into a school,” Harwood said. “We’ve got helicopters that will be there. It will be a live situation. We’ll do the classroom portion of it in the morning.”

The schools will also have a panic button to immediately alert the sheriff’s office of any threat. 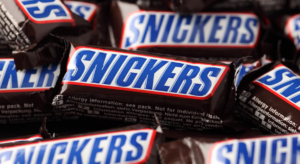