The company's apology comes amid heightened tensions between China and Taiwan

Mars Wrigley issued an apology to Chinese consumers after it implied Taiwan is a country in advertising material created as part of a new Snickers product launch.

The incident comes amid mounting tension between the island and China, which claims Taiwan as part of its nation.

The company received a wave of negative comments after some promotional images and videos said an event for limited edition Snickers bars featuring South Korean pop band BTS would be only held in certain “countries” including Malaysia, South Korea, and Taiwan, per Reuters.

Social media users critiqued the company for using phrasing that would be interpreted as a call for independence.

“Say it: Taiwan is an inseparable part of China’s territory!” read one comment which received 8,000 likes.

Taiwan considers itself a sovereign nation that is independent from China. During a civil war in 1949, communists took control of the mainland which prompted a split with Taiwan.

China still regards this island as a territory under its “One China” policy.

Formal diplomacy between any country and the island nation is considered a form of aggression by the Chinese government.

On a call with U.S. President Joe Biden in late July, President Xi Jinping rejected “‘interference by external forces’ that might encourage Taiwan to try to make its decades-old de facto independence permanent,” per The Seattle Times.

The images have since been amended.

China is the privately-owned company’s second-largest market behind the United States.

“We want to continue to grow but it is also about how we grow. We want to focus on long-term sustainability in China,” Chief Executive Officer Clarence Mak told China Daily earlier this year.

“At Mars, we talk about how can we move from being present in China to being more relevant in China,” Mak added. 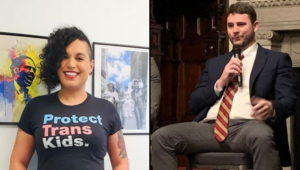