The cases are unrelated

Two men who were evacuated from Afghanistan have been arrested at an army base in Wisconsin.

The cases are unrelated, according to a statement from the Justice Department on Wednesday.

According to the indictment, the victims are at least four years younger than Noori. They are also all under the age of 16.

In the criminal complaint, Imaad’s wife said he “beat me many times in Afghanistan to the point I lost vision in both eyes.”

“She stated that she had been the victim of hitting, strangulation, verbal abuse as well as rape since arriving at Fort McCoy at the hands of Mohammad Imaad,” the complaint says.

They were arraigned on Sept. 23 before U.S. Magistrate Judge Stephen L. Crocker.

“The incidents appear to be the first instances of significant crimes on U.S. soil by any of the more than 60,000 Afghan evacuees, many of whom worked with U.S. service members in Afghanistan, who are making their way into the country,” per Military.com. “The Department of Defense has, in the past, dealt with instances of child sexual abuse perpetrated by Afghan people who worked closely with U.S. forces.”

Sexual and domestic violence are not commonly reported in Afghanistan because of cultural norms, according to a United Nations report. Incidents are considered private family matters. 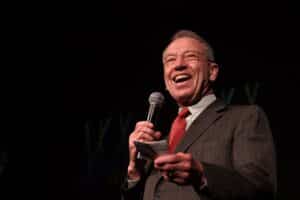 Chuck Grassley Will Seek His Eighth Re-election to the Senate