'The News That Baker Was Reviewing The 'Twitter Files' Surprised Everyone Involved, To Say The Least' Said Taibbi

Taibbi revealed information provided to him and former New York Times editor Bari Weiss, who was set to participate in a second batch of Twitter Files, was delivered through a lawyer “close to new management.”

The process for producing the “Twitter Files” involved delivery to two journalists (Bari Weiss and me) via a lawyer close to new management. However, after the initial batch, things became complicated.

Upon further investigation, Weiss confirmed Baker, who previously served as General Counsel for the FBI, was the intermediary lawyer supplying information for the Twitter Files.

“The news that Baker was reviewing the ‘Twitter files’ surprised everyone involved, to say the least,” said Taibbi.

Before resigning from the FBI in 2018, Baker was involved in investigating former President Donald Trump’s alleged ties to Russian-based Alfa Bank and other alleged Russian conspiracies in the Steele Dossier.

Baker is a controversial figure. He has been something of a Zelig of FBI controversies dating back to 2016, from the Steele Dossier to the Alfa-Server mess. He resigned in 2018 after an investigation into leaks to the press.

Taibbi confirmed the second installment of the Twitter Files had been delayed after it was discovered Baker had “vetted” information provided to the journalists without the knowledge of new Twitter owner Musk.

“In light of concerns about Baker’s possible role in suppression of information important to the public dialogue, he was exited from Twitter today,” he wrote.

“The FBI’s former attorney was hired by previous Twitter management, and was the one vetting the files to be given to [Bari Weiss and Matt Taibbi] that might reveal FBI collusion…and new owner [Elon Musk] wasn’t told any of this???”

“Only discovered this on Sunday,” Musk replied.

Only discovered this on Sunday

Baker’s explanation was “unconvincing,” according to Musk.

Yes. His explanation was …unconvincing.

Twitter colluded with the Biden team during the 2020 Presidential Election by censoring the New York Post’s article reporting on the contents of Hunter Biden’s laptop among other unfavorable content along with other ties to the Democratic party regarding the platform’s speech suppression tactics, according to Taibbi’s Friday report.

“By 2020, requests from connected actors to delete tweets were routine. One executive would write to another: ‘More to review from the Biden team.’ The reply would come back: ‘Handled,'” said Taibbi. “Twitter took extraordinary steps to suppress the story, removing links and posting warnings that it may be ‘unsafe,’” Taibbi said of the New York Post’s article, which appeared to implicate then Vice President Biden of corrupt use of Presidential powers.

On Saturday, the second installment of the Twitter Files was delayed as Musk said they needed “another day or so.” 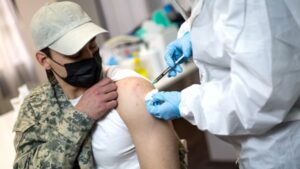