'That’s Quite The Spin. The Size Of Social Security Checks Is Linked, By Law, To Inflation' Said CNN's Daniel Dale

The White House deleted a Tuesday tweet announcing an increase in social security benefits under the Biden administration after receiving a context check from Twitter’s community note feature.

The contextual fact check comes under the company’s Birdwatch which gathers and highlights “added context” regarding claims that appear to be true on their face though may need additional clarification.

“Seniors are getting the biggest increase in their Social Security checks in 10 years through President Biden’s leadership,” said the White House in the now-deleted tweet.

While the community note conceded that seniors would receive an increase in their social security benefits, it clarified it was not directly because of the Biden administration but because cost of living adjustments (COLA) for social security recipients were based on inflation, according to legislation.

“Seniors will receive a large Social Security benefit increase due to the annual cost of living adjustment, which is based on the inflation rate,” read the community note. “President Nixon in 1972 signed into law automatic benefit adjustments tied to the Consumer Price Index,” the note continued citing Public Law 92-336.

White House: seniors are getting the biggest SS increase in 10 years.

Context-checkers: That's because inflation is the highest it's been in decades.

The legislation amended the Social Security Act of 1935 which required inflation to be at least 3% before a cost of living adjustment (COLA) could be triggered. However, in 1986, Congress eliminated the 3% trigger on the COLA statute. Current COLA increases are triggered by a minimum of 0.1% increase in Consumer Price Index for Urban Wage Earners and Clerical Workers (CPI-W). If the CPI-W increases by less than 0.05 percent, or if the CPI-W decreases, there won’t be a COLA, according to the statute.

“Biden falsely said today, ‘On my watch, for the first time in 10 years, seniors are getting an increase in their Social Security checks.’ There was an increase (again, tied to inflation!) every year of Trump’s term,” Dale continued. “Biden has previously done a correct version of this claim saying it’s the first time in a decade that Social Security checks are up at the same time as Medicare premiums are down. But today’s solo claim that this is the first Social Security increase in 10 years is wrong, even if you ignore that the increases are about inflation.”

saying it's the first time in a decade that Social Security checks are up at the same time as Medicare premiums are down. But today's solo claim that this is the first Social Security increase in 10 years is wrong, even if you ignore that the increases are about inflation.

“The community notes feature is awesome,” Musk continued in a separate tweet. “Our goal is to make Twitter the most accurate source of information on Earth, without regard to political affiliation.”

In October the Social Security Administration announced Supplemental Security Income (SSI), which are paid to beneficiaries in addition to their regular benefits to offset inflation and other unexpected costs, would increase 8.7% netting roughly $140 in extra benefits for recipients beginning in January.

According to a September Consumer Price Index (CPI) summary released by the Bureau of Labor Statistics, inflation increased 0.4% from August while core inflation rose 6.6%. 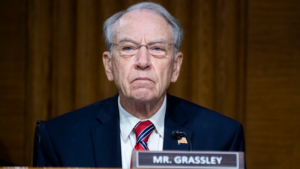