The change in enforcement was not announced, but a quiet note was added to the top of the page about the policy sometime after Musk took over.

“Effective November 23, 2022, Twitter is no longer enforcing the COVID-19 misleading information policy,” the note at the top of Twitter’s COVID page states.

Under the policy, Twitter was adding warning labels on tweets that contradicted or questioned the Centers for Disease Control and Prevention, forcing users to remove tweets, and suspending those who they deemed to be more egregious violators — including Congresswoman Marjorie Taylor Greene’s personal account.

According to data published on a Twitter transparency page on July 28, 2022, since introducing the COVID-19 guidance last year the platform has “challenged 11.72 million accounts, suspended 11,230 accounts, and removed over 97,674 content worldwide as of September 2022.”

Greene’s non-congressional account was permanently banned in January for posting Vaccine Adverse Event Reporting System (VAERS) data from the Centers for Disease Control and Prevention. Twitter had claimed that “it was Greene’s fifth ‘strike’ for spreading ‘COVID-19 misinformation.'”

Musk recently polled Twitter about whether or not amnesty should be granted to all previously banned accounts.

“Should Twitter offer a general amnesty to suspended accounts, provided that they have not broken the law or engaged in egregious spam?” Musk asked.

Should Twitter offer a general amnesty to suspended accounts, provided that they have not broken the law or engaged in egregious spam?

“Yes” won with 72.4 percent of the vote, despite facing backlash from left-wing think tanks, organizations, and pundits.

Vox Populi, Vox Dei is a latin phrase meaning “the voice of the people is the voice of God.”

Musk had conducted a similar user poll about whether or not former President Donald Trump should be reinstated. After reinstatement won, Musk tweeted the same latin phrase, and the former president’s account was reactivated.

Trump has yet to return to the platform. 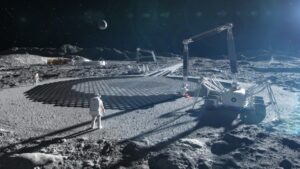