A Texas-based company has just inked a deal with NASA to 3D print infrastructure that will be used to create lunar bases.

ICON, located in Austin, specializes in advanced construction technologies and has received a five-year contract worth nearly $60 million. The firm will develop technologies that could help build landing pads, habitats, and roads on the moon’s surface.

“To change the space exploration paradigm from ‘there and back again’ to ‘there to stay,’ we’re going to need robust, resilient, and broadly capable systems that can use the local resources of the Moon and other planetary bodies. We’re pleased that our research and engineering to-date has demonstrated that such systems are indeed possible, and we look forward to now making that possibility a reality,” Jason Ballard, ICON co-founder and CEO, said in a statement. “The final deliverable of this contract will be humanity’s first construction on another world, and that is going to be a pretty special achievement.”

ICON’s award is a continuation of the company’s work with the U.S. Air Force through a Small Business Innovation Research (SBIR) contract, NASA says.

The new contract will facilitate the development of ICON’s Olympus construction system, which will use local resources found on the moon and Mars as building materials, according to NASA.

ICON will work with lunar samples brought back from Apollo missions and bring its hardware and software into space through a lunar gravity simulation flight to develop lunar construction technologies. The company will support NASA’s Artemis missions, which “collaborate with commercial and international partners” to “establish the first long-term presence on the moon.”

After a sustainable presence has been established on the moon, NASA plans to use the base as a launchpad for sending the first astronauts to Mars.

“In order to explore other worlds, we need innovative new technologies adapted to those environments and our exploration needs,” said Niki Werkheiser, director of technology maturation in NASA’s Space Technology Mission Directorate. “Pushing this development forward with our commercial partners will create the capabilities we need for future missions.” 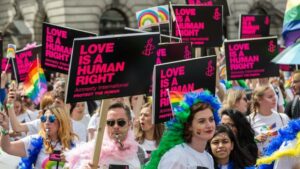