While The Bill Would Overturn The Defense Of Marriage Act, It Would Not Require States To Perform Same-Sex Marriages

The Senate’s Respect for Marriage Act will not codify the Supreme Court’s 2015 Obergefell v. Hodges ruling, according to Democratic Senators.

The bill would officially repeal the Defense of Marriage Act of 1996 signed under President Bill Clinton, which states, “no State, territory, or possession of the United States or Indian tribe shall be required to give effect to any marriage between persons of the same sex under the laws of any other such jurisdiction or to any right or claim arising from such relationship.”

The Respect for Marriage Act would require state recognition of legal same-sex and interracial marriages. However, the bill would not require states to perform same-sex marriages should Obergefell v. Hodges be overturned by the United States Supreme Court similar to their June decision on Dobbs v. Jackson Women’s Health Organization which overturned Roe v. Wade.

“It would be great if the bill went further, but we don’t have the votes for the bill to go further,” Hawaii Senator Brian Schatz told Changing America. “I think this is an enormously important first step and I don’t think there are any guarantees that the Supreme Court will not overturn the precedent they set recently with Obergefell, so this is important to protect the rights of same-sex couples across the country.”

Massachusetts Senator Elizabeth Warren said the legislation was a positive “first step,” though suggested there was “more work to do” in regards to codifying same-sex marriage as laid out in the 2015 Supreme Court ruling.

“I want to see the day when we have 100 votes in favor of no discrimination, not just for who we love, but also in any activity,” said Warren.

“This bill maximizes the protections we were able to get with the votes we have,” Maryland Senator Chris Van Hollen said. “We can certainly build on that to try to fully codify the constitutional law, but this was an important and necessary step.”

“They shouldn’t be able to punish religious belief,” said Utah Senator Mike Lee, who forced the Senate to delay their procedural vote after unsuccessfully advocating for his amendment strengthening religious liberty provisions. “That’s all I want. A protection saying the federal government may not punish any individual or entity based on a religious or moral conviction-based belief about marriage. That is not too much to ask.”

Naomi Goldberg, deputy director of the Movement Advancement Project, suggested the Respect for Marriage Act was limited in scope by the Constitution.

“[The bill] does not require that every state allow same-sex couples to marry – the federal government can’t do that constitutionally. What the Respect for Marriage Act would say is that you must recognize valid marriages regardless of sexual orientation, national origin and race,” Goldberg said. “What’s important is that it doesn’t touch the current statutory or constitutional patterns that exist in the majority of states. Those are still on the books.” 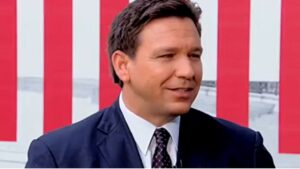