Williams said he wasn’t a fan of the Florida Governor suggesting he feared him in a Monday op-ed in the Hill.

“He is not my cup of tea. In fact, he scares me,” wrote Williams. “But the one politician who stands out at year’s end is Florida Gov. Ron DeSantis (R).”

“His commanding 19-point reelection victory, as well as his success in attracting mega-donors like Ken Griffin, Steve Ross, and Steve Schwarzman ahead of a possible 2024 presidential campaign, make him the past year’s big GOP winner.”

“When you’ve got great schools, a great environment and your streets are safe and clean, that’s when you’ve got a place you want to live in and call home,” said Griffin. “There’s something very special about the government in Florida and their focus on delivering traditional values for the community.”

“My children went to a phenomenal school in Chicago … but their indoctrination in woke ideology was crushing,” Griffin said earlier this month in a conversation with Miami Mayor Francis Suarez that was hosted by The Economic Club of Miami. “They came home very confused about whether or not the United States was a good country. And they came home confused about what they could or couldn’t say to a student who was Asian or otherwise of color.”

“My son was reprimanded for telling an Asian student he was good at math — for stereotyping,” Griffin continued. “And it’s unbelievable to see how that destroys the minds of children who are otherwise innocent and good and don’t think about these kinds of things.”

“He has a tremendous record as governor of Florida, and our country would be well-served by him as president,” Griffin said of DeSantis. “Would I support him? The bigger question is, is he going to run? That bridge has to be crossed.”

“If Republicans in Congress begin constructing a legislative agenda with Democrats in the Senate and White House, DeSantis’s consent will be critical,” Williams said. “But don’t be fooled. It is the governor’s belligerent style of governance that makes him the favorite of ultra-conservative activists. … DeSantis has made himself into a figure often described by Republicans as ‘Trump without the baggage.'” 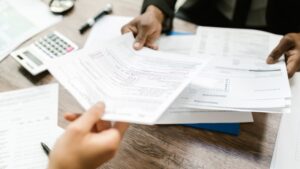