Under its expanded policy, users are prohibited from sharing any images or videos of people without their explicit consent.

“The misuse of private media can affect everyone, but can have a disproportionate effect on women, activists, dissidents, and members of minority communities,” Twitter noted in its announcement.

“Under our existing policy, publishing other people’s private information, such as phone numbers, addresses, and IDs, is already not allowed on Twitter,” the company said. “This includes threatening to expose private information or incentivizing others to do so.”

The company cited “growing concerns about the misuse of media and information” made available on its platform as its motivation for the change. The publication of private information could be used “as a tool to harass, intimidate, and reveal the identities of individuals” and potentially lead to “emotional or physical harm,” Twitter said.

Without explicit consent, it is now impressible to share:

There are, however, times when the company may grant exceptions to this policy.

This includes “a crisis situation, such as in the aftermath of a violent event, or as part of a newsworthy event due to public interest value, and this might outweigh the safety risks to a person.”

Reports of violation of this policy must come from a “first-person report or a report from an authorized representative” for Twitter to consider them.

The announcement was met with skepticism and concern. Many Twitter users expressed concern about the company’s extended ability to restrict the free flow of information.

.@TwitterSupport needs to clarify what this new policy specifically applies to. The policy as I read it gives arbiters at Twitter the ability to determine on a case by case basis what is in the “public interest” & what is not. The policy will be abused to silence journalists. https://t.co/kkAtLmYOUy

“Video recorded by journalists and shared to Twitter that show crimes are not meant to violate privacy, but could be viewed that way by the person who is committing the hypothetical crime. Would a video showing people robbing a store, for example, be a violation of their privacy or in the public interest? What about mug shots of criminal suspects? What about video of protestors staging events of civil unrest?”

Dorsey was replaced with Parag Agrawal, who most recently served as the social media platform’s chief technology officer. 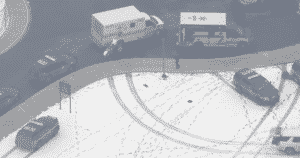