Three people were killed and six others injured in a shooting at a Michigan high school on Nov. 30. A 15-year-old suspect is in custody.

Shots were reported just after 1 P.M. at Oxford High School in Oakland County, Michigan. The school is about 45 miles from Detroit.

Undersheriff Michael McCabe with the Oakland County Sheriff’s Office told the media that four to six people had been injured during the incident. He did not confirm if there were any fatalities.

“We are still doing a secondary search of the school for any further victims,” McCabe said.

He added that a handgun was located at the scene.

The department confirmed a suspected shooter had been taken into custody and they “do not believe there are any others at this time.”

Police, ambulances, and SWAT vehicles were observed at the scene.

Watching breaking news coverage from the east side of the state, where police say several students have been shot at Oxford High School. https://t.co/NH496EVyh4 pic.twitter.com/2yrsmO18Fy

Students were evacuated from the school. They were taken to a nearby store where they could be reunited with their families. Parents received a message from the school notifying them it had “activated our emergency protocols” and is still under lockdown.

The scene is still active and residents of the area are being asked to stay away. 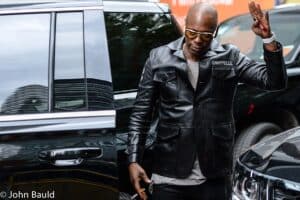