Twitter announced that they were joining Google in banning ads that question climate change on Friday.

The policy, announced on Earth Day, appeared to only apply to ads — not what users post on the platform.

The company cited a report from the Intergovernmental Panel on Climate Change while vowing to combat “misinformation” about the issue of global warming.

“To better serve these conversations, misleading advertisements on Twitter that contradict the scientific consensus on climate change are prohibited, in line with our inappropriate content policy. We believe that climate denialism shouldn’t be monetized on Twitter, and that misrepresentative ads shouldn’t detract from important conversations about the climate crisis,” the company said in a blog post. “This approach is informed by authoritative sources, like the Intergovernmental Panel on Climate Change Assessment Reports.”

“We recognize that misleading information about climate change can undermine efforts to protect the planet. In the coming months, we’ll have more to share on our work to add reliable, authoritative context to the climate conversations happening on Twitter,” the post continued.

The link to the blog post did not appear to be working on Saturday, but still appeared in Google search results.

Timcast has reached out to Twitter for clarification about the policy and the blog post being removed. We will update this article if more information is provided.

“This move builds on some other measures Twitter is taking to address climate change. By the end of 2022, Twitter aims to only be using carbon-neutral power sourcing at its data centers. It also joined the EU climate pact earlier this year. Among other things, Twitter committed to switch to renewable electricity at its leased operations in the bloc and to increase its investments in carbon-removal tech,” Engadget reports. 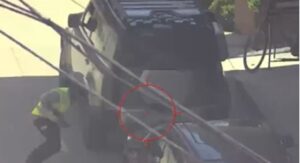