The post, which links to a video describing how to illegally acquire a controlled substance to induce a medical abortion, underscores the narrowness of Twitter’s current policy on medical misinformation. Currently, Twitter’s policy only applies to medical advice that is “likely to impact public safety” if that advice applies to COVID-19.

Misoprostol is relatively easy to acquire from veterinary sources, since in addition to medically inducing abortions, it's also used to treat ulcers in horses. https://t.co/nglKSGjXA0

In a video that Motherboard says was repeatedly shared Monday night in response to Justice Alito’s leaked opinion that would overturn Roe v Wade, Mixael Laufer, the head of the collective, explains how to manufacture medicine to induce abortion without the guidance of medical professionals. The process includes purchasing misoprostol powder and then calculating the dosage for a human based on the amount of buffer the manufacturer added. Human doses are incredibly small and measured in micrograms — units one-thousandth of a milligram.

Motherboard, which was highly critical of social media users and commentators discussing Ivermectin during the COVID-19 pandemic, added a disclaimer to their coverage stating that “cannot speak to the safety of making your own pills” before suggesting that Laufer’s video is “likely to help at least some people.”

In another clear example of Facebook’s problem with medical misinformation, a Motherboard review of the platform’s ad library has found a number of recent ads clearly advocating for the use of ivermectin in human beings. https://t.co/3nRt74HFMS

Media personalities like Joe Rogan and politicians like Senator Rand Paul suggested that investigations into the drug’s usefulness in treating patients with COVID-19 might be warranted. Rep. Marjorie Taylor Greene tweeted her endorsement of the drug and was subsequently permanently banned on her personal account.

Motherboard has argued that there is a difference between their promotion of a drug labeled for veterinary use.

“You may be reminded of ivermectin,” the account tweeted before adding, “which is used to control parasites in horses. It became a favored — but ineffective — COVID treatment among conspiracy theorists. The main difference here is that misoprostol does something, other than giving you the sh–s.”

Misoprostol is a drug administered to women seeking medically induced abortions and is typically given alongside either mifepristone or methotrexate. Efficacy studies suggest that it successfully induces a miscarriage about 90% of the time during the first trimester, but surgical evacuation may be necessary to complete the abortion process.

“There is a slightly more direct way to get the miso, especially if you’re in the United States. Misoprostol happens to be an ulcer medication as well. That’s what it was essentially designed for and it happened to also have these uses for reproductive health. Interestingly enough, most domesticated horses have ulcers,” Laufer explains in the video.

He then discusses how to obtain misoprostol powder, a controlled substance, through online grey-market vendors and measure the dosage needed to perform an at-home abortion without consulting with a medical professional. 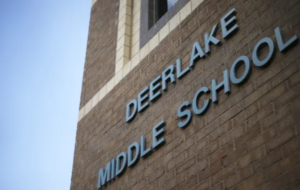