'This is Happening All Over the Nation,' she said

A Florida school was sued after it helped a student transition gender without informing or seeking the consent of the teen’s parents.

January Littlejohn said she was “outraged” when school officials at Deer Lake Middle School in Tallahassee secretly discussed gender and transgenderism with her daughter without her knowledge.

“This is happening all over the nation,” said Littlejohn during an interview with Fox & Friends. “This same protocol is in place in many, many schools across districts everywhere, and even the guides being used to dictate these transgender support plans that cut parents out even have the same language.”

Littlejohn said her then-13-year-old daughter was friends with a group of students who transitioned to the opposite gender. Her daughter reportedly expressed her own confusion over gender during the onset of the COVID-19 pandemic. Littlejohn later discovered the student’s school had been developing a “transgender support plan” with the young teen in August of 2020.

Littlejohn said she was told by the school that she could not be involved because of a non-discrimination law. She was also told by administrators that they could not disclose what had happened during their meetings with her child.

“Eventually we did see the transgender support plan, which was a six-page document that they completed with my daughter — [who] was 13 at the time — behind closed doors, where they asked her questions that would have absolutely impacted her safety,” Littlejohn said.

The plan includes questions about her daughter’s restroom preference and which sex she would want to room with on overnight school excursions.

“This is a very systematic way that parents are being excluded from important decisions occurring with their children, and further, social transition is a medical intervention that schools are grossly unqualified to be taking these steps without parental involvement,” she added.

Littlejohn, a licensed mental health counselor, said her daughter’s gender confusion had surprised the family but they had sought help from a counselor and researched transgenderism.

While speaking to the Florida Family Policy Council in November, the mother of three said that “gender ideology almost destroyed my family.”

Child & Parental Rights Campaign, Inc ultimately sued the Leon County School Board (LCSB) in 2021 on behalf of Littlejohn and her husband. The suit contends that the school’s action violated the parents’ right under both the Florida and United States constitutions.

In March, Florida Governor Ron DeSantis mentioned the Littlejohn family’s experience on Twitter after he signed the state’s Parental Bill of Rights which protects parents’ involvement in their student’s education.

The bill I signed today protects Florida parents like January Littlejohn. School officials manipulated her daughter to “transition,” calling her a male name & pronouns without January’s knowledge or consent. This is wrong & today’s legislation will ensure it doesn’t happen again. pic.twitter.com/qH4VKUgmkO

The school district filed a request to dismiss the lawsuit. The Littlejohns and their legal team are waiting to hear back about their opposition to the school’s request. 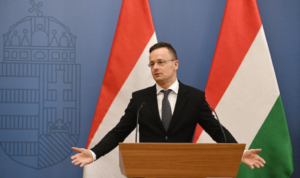