Twitch to Ban Streams of Gambling Website That Include 'Slots, Roulette, or Dice'

The platform will adopt a new policy in mid-October

Livestreaming platform Twitch announced it will implement more stringent regulations in order to purge the platform of unlicensed gambling companies.

In a statement released on Sept. 20, Twitch said some users have circumvented its current rules which prohibit sharing links or referral codes to any website with slots, dice, or roulette games. The company said those who have found workarounds to the rules “expose our community to potential harm.”

“So, we’ll be making a policy update on October 18th to prohibit streaming of gambling sites that include slots, roulette, or dice games that aren’t licensed wither in the U.S. or other jurisdictions that provide sufficient consumer protections,” the company said.

Specifically, Twitch will no longer allow streams of Stake.com, Rollbit.com, Duelbits.com, and Roobet.com.

Sports betting, fantasy sports, and poker websites will still be permitted on the platform.

Twitch has been asked to remove gambling content from its platform due to the large portion of users who are under the age of 21.

The company’s announcement comes days after the news broke that a streamer in the United Kingdom scammed users out of $200,000 to finance his gambling addiction. Abraham Mohammed, known by the handle ItsSliker, became popular in 2019. He posted a video on Sept.17 disclosing his problem with gambling.

Mohammed said “that it all started with making bets using in-game skins in the now decade-old game Counter-Strike: Global Offensive. After that, he ‘started to gamble with money,’ moving on to sports betting,” reports The Verge.

“I’d come across streamers and ask them if I could borrow money,” he said. “And obviously I wouldn’t give them the reason, because it was gambling — I would lie to them.”

“As the scandal unfolded, an inevitable backlash to the backlash fairly pointed out that Twitch stars swiftly rallied a pressure campaign against gambling in spite of failing to organize against other serious, systemic issues that still plague the platform, including harassment and hate speech targeting marginalized streamers,” per TechCrunch.

TwitchTracker has estimated that slots are among the top 10 most popular content categories on the streaming platform. The analytics website found that the hundreds of slots-related channels on Twitch have accumulated nearly 9 million hours watched in the last seven days.

The BBC notes the content can be a major source of income for some streamers such as Tyler “Trainwreckstv” Niknam, who has more than 2.1 million followers. Niknam has reportedly said a gambling website gives him $1 million a month to use to gamble.

Twitch has not specified exactly what rules will be included in its updated policy. More information could be released in the coming weeks. 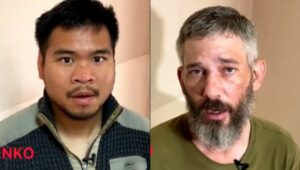