'We are thrilled to announce that Alex and Andy are free'

Ten combatants, including two Americans from Alabama, captured in Ukraine and held as prisoners by Russia have been released through the efforts of Saudi mediation.

The two released Americans, Alexander Drueke, 39, and Andy Huynh, 27, were fighting in Ukraine as part of the foreign legion when they were captured in June.

In addition to the Americans, prisoners from the United Kingdom, Sweden, and Morroco were also released.

Diana Shaw, the aunt of Alexander Drueke and the family’s representative with the media, issued the following statement on the release of her nephew:

We are thrilled to announce that Alex and Andy are free. They are safely in the custody of the US embassy in Saudi Arabia and after medical checks and debriefing they will return to the States. We deeply appreciate everyone’s prayers and especially the close communication and support of our elected officials, Ukrainian Ambassador Markarova, and our members of the US embassies in Ukraine and Saudi Arabia and the US Department of State

According to Shaw, both Drueke and Huynh are currently in the care of the U.S. embassy in Saudi Arabia and are expected to fly home following a health screening and debriefing.

Following a meeting with state department officials earlier this month, Joy Black, Huynh’s fiance, explained what motivated her future husband to fight in the foreign war. “It just laid on Andy’s heart to see teenage boys in Ukraine joining the army to try to protect their homes,” she said.

Drueke’s mother, Bunny Drueke, shared a similar sentiment. “The more Ukrainians I meet, the more I understand why Alex fell in love with the people and the place when he got there,” she said.

Following their successful negotiation efforts and the arrival of the prisoners to the Kingdom of Saudi Arabia, the Saudi embassy in Washington issued the following statement:

Based on the priority given by HRH Prince Mohammad bin Salman Al Saud, Crown Prince and Deputy Prime Minister, and in continuation of HRH’s commitment to the humanitarian initiatives towards the Russian-Ukrainian crisis, and resulting from HRH’s continued engagement with the relevant countries, the Ministry of Foreign Affairs announces the success of HRH’s mediation efforts that led to the release of ten prisoners of war (POWs) – who are Moroccan, US, UK, Swedish and Croatian nationals, who are being released as part of an exchange of POWs between Russia and Ukraine.

The relevant Saudi authorities received and transferred them from Russia to the Kingdom and are facilitating procedures for their safe return to their respective countries.

In this regard, the Ministry of Foreign Affairs expresses the gratitude and appreciation of the Government of the Kingdom of Saudi Arabia to the Russian Federation and to Ukraine for their response to the efforts made by the Crown Prince for the release of the POWs. 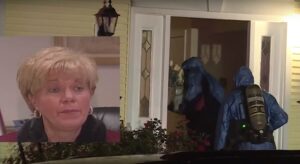