Former President Donald Trump says he had turned down a proposal from Russia to exchange Paul Whelen for arms dealer Viktor Bout.

Whelen is a US, Irish, British and Canadian citizen and former US Marine who has been imprisoned in Russia since 2018.

Russian authorities claimed that Whelen was involved in an intelligence operation. He was sentenced to 16 years in prison in 2020.

Griner served approximately 10 months in a Russian prison before her release was negotiated.

“I turned down a deal with Russia for a one on one swap of the so-called Merchant of Death for Paul Whelan. I wouldn’t have made the deal for a hundred people in exchange for someone that has killed untold numbers of people with his arms deals,” Trump wrote in a post on Truth Social.

Though Trump said that he turned down the deal, he maintains that he would have got Whelen released if he was still in the White House.

“I would have gotten Paul out, however, just as I did with a record number of other hostages,” Trump wrote. “The deal for Griner is crazy and bad.”

“The taking wouldn’t have even happened during my Administration, but if it did, I would have gotten her out, fast!” Trump concluded.

In response to Griner’s release, Whelen said he is happy for her — but disappointed that he was not included in the deal.

Whelan told CNN, “I am greatly disappointed that more has not been done to secure my release, especially as the four year anniversary of my arrest is coming up.”

“I was arrested for a crime that never occurred,” Whelen continued. “I don’t understand why I’m still sitting here.”

Whelen said that he was under the impression that a deal was being worked on to secure his freedom.

“I was led to believe that things were moving in the right direction, and that the governments were negotiating and that something would happen fairly soon,” he said.

The former Marine told the network that he hopes Biden and his administration “would do everything they could to get me home, regardless of the price they might have to pay at this point.” 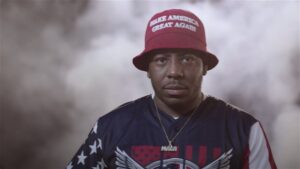