Trump: 'Biden Admitted Yesterday – That the 2020 Election May Very Well Have Been a Fraud'

Former President Donald Trump has issued a statement responding to President Joe Biden’s remarks about illegitimate elections during his press conference on Wednesday.

Trump’s statement declared that “President Biden admitted yesterday, in his own very different way, that the 2020 election may very well have been a fraud, which I know it was.”

During the press conference, Biden was asked by a reporter, “speaking of voting rights legislation, if this isn’t passed, do you still believe the upcoming election will be fairly conducted and its results will be legitimate?”

Biden gave a jumbled non-answer to the question, prompting another reporter to follow up.

“A moment ago, you were asked whether or not you believed that we would have free and fair elections in 2022 if some of these state legislatures reformed their voting protocols. You said that it depends. Do you — do you think that they would in any way be illegitimate?” the second reporter asked.

Biden replied, “oh, yeah, I think it easily could be — be illegitimate. Imagine — imagine if, in fact, Trump has succeeded in convincing Pence to not count the votes.”

“In regard to 2022, sir — the midterm elections,” the reporter replied, again trying to get an answer to the question that was asked.

This second attempt from Biden on whether the election will be legit is even worse.

“Oh, yeah, I think it could easily be illegitimate … The increase in the prospect of being illegitimate is in proportion to not being able to get these reforms passed.” pic.twitter.com/nCyuAWSMXm

“Oh, 2022. I mean, imagine if those attempts to say that the count was not legit. You have to recount it and we’re not going to count — we’re going to discard the following votes. I mean, sure, but — I’m not going to say it’s going to be legit. It’s — the increase and the prospect of being illegitimate is in direct proportion to us not being able to get these — these reforms passed,” Biden said.

The comments sparked massive controversy — including from the mainstream media outlets that normally champion him.

In his response, Trump said “President Biden admitted yesterday, in his own very different way, that the 2020 election may very well have been a fraud, which I know it was. I’m sure his representatives, who work so hard to make it look legit, are not happy.” 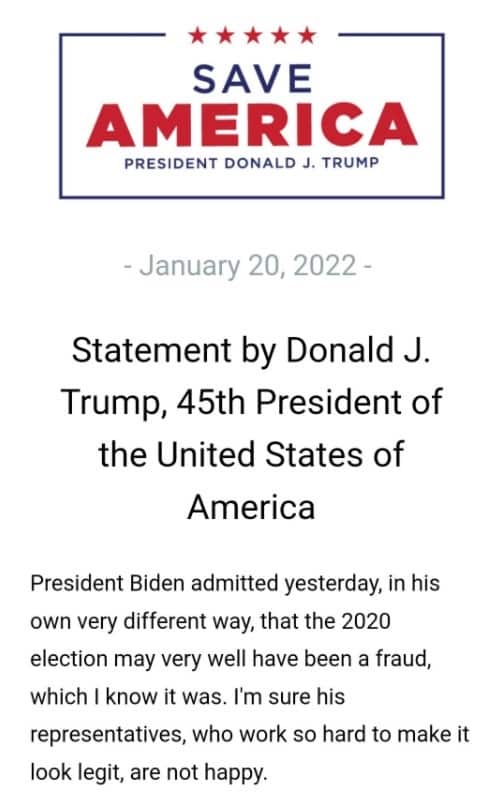 The US Justice Department has uncovered no evidence of widespread voter fraud that could have changed the outcome of the 2020 election.

In correspondence with Newsguard analysts, they have asserted Trump’s comments are provably false.

Editor’s Note: This story has been updated with additional information refuting Trump’s claims. 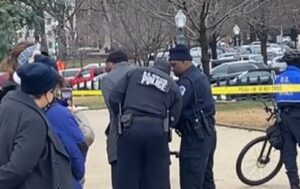