During his press conference on Wednesday, Biden was asked by a reporter, “speaking of voting rights legislation, if this isn’t passed, do you still believe the upcoming election will be fairly conducted and its results will be legitimate?”

Biden gave a jumbled non-answer to the question, prompting another reporter to follow up.

“A moment ago, you were asked whether or not you believed that we would have free and fair elections in 2022 if some of these state legislatures reformed their voting protocols. You said that it depends. Do you — do you think that they would in any way be illegitimate?” the second reporter asked.

Biden replied, “oh, yeah, I think it easily could be — be illegitimate. Imagine — imagine if, in fact, Trump has succeeded in convincing Pence to not count the votes.”

“In regard to 2022, sir — the midterm elections,” the reporter replied, again trying to get an answer to the question that was asked.

This second attempt from Biden on whether the election will be legit is even worse.

“Oh, yeah, I think it could easily be illegitimate … The increase in the prospect of being illegitimate is in proportion to not being able to get these reforms passed.” pic.twitter.com/nCyuAWSMXm

“Oh, 2022. I mean, imagine if those attempts to say that the count was not legit. You have to recount it and we’re not going to count — we’re going to discard the following votes. I mean, sure, but — I’m not going to say it’s going to be legit. It’s — the increase and the prospect of being illegitimate is in direct proportion to us not being able to get these — these reforms passed,” Biden said.

The following morning, Guthrie asked Harris about the president’s remarks.

“[It is] astonishing to hear a president question whether our elections will be legitimate,” Guthrie said. “We’ve heard it before, but not from this president.”

Guthrie followed up by asking Harris if Biden is truly concerned that we may not have free and fair elections.

Is President Biden really concerned that we may not have free and fair elections? –@SavannahGuthrie to @VP pic.twitter.com/pQmv6MLVb5

Harris, like Biden, avoided the question and began talking about the voting bills that the administration is trying to push. She claimed that voter integrity laws are “purposely making it more difficult for the American people to vote.”

“Let’s not conflate issues. So, what we’re looking at, and the topic of so much debate last night, was that we, as America, cannot afford to allow this blatant erosion of our democracy,” Harris stated, growing clearly irritated with Guthrie attempting to steer her back to the actual question. “That is the topic of the conversation.” 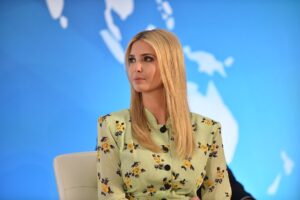