Trump's eldest daughter was serving as an advisor to the president

The House committee is investigating the riot at the Capitol on Jan. 6 has asked Donald Trump’s eldest daughter to cooperate with its investigation by voluntarily participating in an interview.

Chairman Bennie Thompson (D-Miss) requested Ivanka Trump’s participation in a letter on Jan. 20. A the time of the security breach, The first daughter was serving as an advisor to her father.

Thompson said Ms. Trump would be asked about a critical range of topics. She specified four specific areas of interest to the committee.

The committee wants Ms. Trump to give information regarding President Trump’s alleged efforts to impede Congress’s certification of the electoral votes from the 2020 general election. The letter charges that President Trump and his supporters had legally challenged the results of the elections in several states and then tried to “enlist” Vice President Mike Pence to ”unilaterally reject certain states’ votes, or to delay the counting of those votes until an unknown future date.”

In his capacity as the vice president, Pence was the presiding officer of Congressional proceedings on Jan. 6.

The committee says that Ms. Trump was in the Oval Office on the day in question and observed several important phone calls her father conducted with Pence and other officials where “the President’s plan to obstruct or impede the counting of electoral votes” may have been discussed.

They are also investigating President Trump’s response to the attack on the Capitol including posts he made to Twitter that afternoon. Thompson notes that the president’s speech at the rally at the Ellipse ended at approximately 1:10 P.M before giving a detailed timeline of the president’s movement and posts to Twitter.

The committee wants Ms. Trump to share her “knowledge bearing directly on the President’s actions or inactions on January 6th, and his state of mind as the violent attack occurred at the Capitol” as part of her interview.

“The Committee has identified no evidence that President Trump issued any order, or took any other action, to deploy the guard that day,” Thompson wrote. “Nor does it appear that President Trump made any calls at all to the Department of Justice or any other law enforcement agency to request deployment of their personnel to the Capitol.”

Thompson, on behalf of the committee, has asked Ms. Trump to share any information she may have on the subject.

Ms. Trump’s interview would also be used to determine what her father did in the days following the security breach.

According to the letter:

“The Select Committee would like to discuss this effort after January 6th to persuade President Trump not to associate himself with certain people, and to avoid further discussion regarding election fraud allegations. We also wish to share with you a memorandum from former White House Counsel Donald McGahn (attached), regarding the legal requirements on White House personnel to turn over to the National Archives any work-related messages from personal devices. We wish to be certain that former White House staff are fully aware of these obligations.”

The committee has suggested meeting with Ivanka on Feb. 3 or 4.

“The American people deserve to understand all the relevant details,” Thompson wrote at the close of the letter.

The request comes the day after the Supreme Court denied a request from President Trump to prevent White House records from being sent to the select committee. 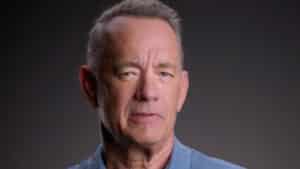