The Democratic Party released a video narrated by actor Tom Hanks to mark the one-year anniversary of the Inauguration of Joe Biden as the 46th President of the United States.

The footage -published by the Biden Inaugural Committee- is called ‘A Beautiful Day in the Neighborhood.’

Even in our toughest times, America always gets back up and builds a better future. We are stronger today than we were a year ago.

Watch our new video featuring @tomhanks and extraordinary Americans to celebrate one year of the Biden-Harris Administration. pic.twitter.com/T9bFeGUUcl

“America is the home of the brave. It’s why we keep getting up no matter how many times we get knocked down,” says Hanks.

“Like with our economy. It isn’t all the way back, but it’s getting stronger,” adds the actor. “We may be entering year three of a pandemic none of us wanted or expected, but we’re moving. Restaurants have opened their doors. Shops and businesses are buzzing again all over the country.”

Watch the video above. 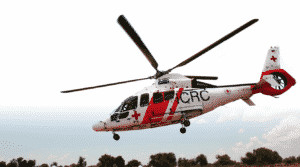