Buckhead, the affluent neighborhood north of the city, had considered separating on several occasions when the movement gained new energy in March of 2021.

Residents of Buckhead pushed to separate from the city of Atlanta after a surge in crime that the movement’s leaders attributed to policies established by the local government.

“What is happening in the City of Atlanta is nothing short of disgraceful. It’s national news and a regional embarrassment,” Trump said in a Feb. 26 statement. “The good people of Buckhead don’t want to be a part of defunding the police and the high crime that’s plaguing their communities.”

Georgia Governor Brian Kemp refused to take a side in the public debate over the proposed separation. Lieutenant Governor Geoff Duncan is opposed to Buckhead’s incorporation.

“What good is having Republican leaders if they are unwilling to fight for what they campaigned on? Every RINO must go!” Trump said. “Let the voters decide on the very popular City of Buckhead proposal!”

Critics claim the movement was racially motivated, as the area’s roughly 90,000 person population is mostly white. Atlanta as a whole is 51% black.

The residents were warned that their children would not be allowed to attend Atlanta Public School because their water bills could rise by 36%, per Axios.

Buckhead was annexed by the city of Atlanta in 1952.

The effort’s leader Bill White, a business consultant and former fundraiser for President Trump, was accused of being a carpetbagger who was creating unnecessary conflict.

White and his husband, Bryan Eure, moved to Buckhead from New York City in 2018. White became the Chairman and CEO of Buckhead City Committee in May of 2021, advocating for hiring more police and stronger punishments for criminals.

Buckhead City supporters were seeking to have the secession effort put to a vote during a referendum in November.

Ultimately, the Georgia legislation moved on Feb. 11 to give Altlanta Mayor Andre Dickens one year to reduce crime rates.

Buckhead’s State Representative Betsy Holland stated afterward,  “I applaud the leadership of both Lt. Gov. Duncan and Speaker Ralston for giving our new mayor time to fix some of our problems before rushing into such a drastic solution.”

“Although there seems to be an obsession, truly, that this is about one person … it is not,” White said in a Feb 16 statement. “It is about 80,000 legally registered voters who want and who deserve to vote this year.”

The Buckhead City Committee has affirmed its intention to continue pursuing cityhood. 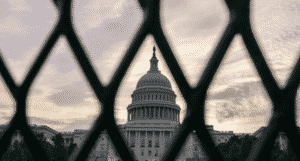