Former President Donald Trump and his attorneys have been ordered by a federal judge in Florida to pay nearly $1 million in sanctions over his lawsuit against Hillary Clinton, and others he claimed were involved in Russiagate.

The lawsuit in question named Clinton, her 2016 campaign, some of her advisors, the Democratic National Committee, former FBI Director James Comey, and other agency officials who Trump said were involved in the Russiagate hoax.

The duo is now individually and jointly liable for $937,989.39 in legal sanctions to cover the defendant’s attorney fees.

“Here, we are confronted with a lawsuit that should never have been filed, which was completely frivolous, both factually and legally, and which was brought in bad faith for an improper purpose,” Middlebrooks wrote in the 46-page order. “Mr. Trump is a prolific and sophisticated litigant who is repeatedly using the courts to seek revenge on political adversaries. He is the mastermind of strategic abuse of the judicial process, and he cannot be seen as a litigant blindly following the advice of a lawyer.“

“This case should never have been brought. Its inadequacy as a legal claim was evident from the start. No reasonable lawyer would have filed it,” Middlebrooks continued. “Intended for a political purpose, none of the counts of the amended complaint stated a cognizable legal claim.”

The judge asserted that Trump’s claims of collusion between the Clinton camp and the FBI “not only lacks substance but is categorically absurd.”

Clinton was awarded the most significant award in the order, $172,000.

“Misuse of the courts by Mr. Trump and his lawyers undermines the rule of law, portrays judges as partisans, and diverts resources from those who have suffered actual legal harm” he wrote.

The lawsuit was dismissed by Middlebrook in September.

“I find that the pleadings here were abusive litigation tactics,” the judge said. “The Complaint and Amended Complaint were drafted to advance a political narrative; not to address legal harm caused by any Defendant.” 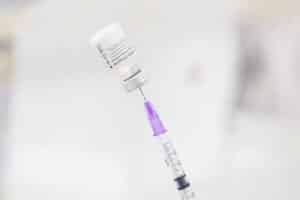