Interest accrued from federal funds were allegedly used in the transportation

The Treasury OIG is looking into how federal funds may have been used in the transportation of migrants from Florida to other states.

In a letter released Wednesday and received by the office of Senator Ed Markey, Treasury Department Deputy Inspector General Richard K. Delmar explained that his office was already reviewing how funds were used to transport illegal aliens from the state of Florida to other places like Massachusetts.

Markey and his fellow Democrats, in a letter dated Sept. 16, requested that the Treasury Office of Inspector General investigate whether the DeSantis administration had improperly used federal funds to transport migrants to Martha’s Vineyard.

Earlier this year, the Florida legislature created a fund to facilitate the Florida Department of Transportation in the movement of illegal aliens out of the state. According to Markey, DeSantis utilized interest generated from federal funds the state received through the Coronavirus State and Local Fiscal Recovery Fund “effectively using COVID-19 relief to score political points by exploiting vulnerable immigrants.”

While the rule was designed to provide flexibility to state and local governments, Congress neither intended to allow, or authorized, state governments to use the SLFRF funds for immigration enforcement. Nothing in the American Rescue Plan Act or Treasury’s final rule appears to allow states to use SLFRF funds to remove or relocate immigrants. Florida therefore appears to be illegally using taxpayer money for theatrics intended to criminalize and stigmatize immigrants in search of a better life in the United States. 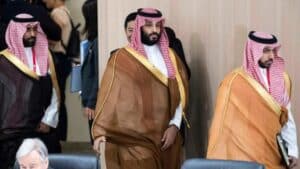