A skateboarder who identified as a transgender woman was removed from Boardr’s website.

Skateboarder Taylor Silverman, who spoke out after placing second behind Lilian Gallagher, previously known as Ian, noted Gallagher’s female profile appeared to be removed from Boardr.

“The male who stole $5000 from the women (including myself who placed 2nd) at the Red Bull Cornerstone skateboarding contest has had their female profile on the Boardr removed but kept their male profile,” Silverman, who is an employee at Timcast, wrote Thursday.

I can’t say for sure whether the male is still identifying as a woman or not. I just think it’s interesting that the male profile remains while the female one has been removed. Regardless, this is still a major issue in skateboarding with several other males doing the same thing.

Gallagher reportedly requested the profile be deleted, according to Boardr.

“I can’t say for sure whether the male is still identifying as a woman or not,” Silverman continued. “I just think it’s interesting that the male profile remains while the female one has been removed. Regardless, this is still a major issue in skateboarding with several other males doing the same thing.”

Gallagher’s previous male profile is still live as of Thursday afternoon, though the linked Instagram profile appears to be scrubbed. 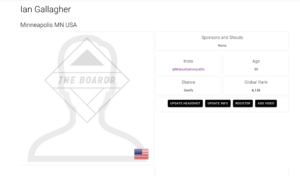 Boardr hosts and organizes skateboarding and BMX events and has previously partnered with Red Bull, Adidas, and Vans among other clients.

“Prior to the Redbull Cornerstone event, the trans identifying male was listed as two separate people on the Boardr,” Silverman told Timcast.

Gallagher participated in two contests from 2015 to 2017 in the male division before competing in 2018’s “Skate Like A Girl Wheels of Fortune Intermediate” where Gallagher took first place. Gallagher competed in nine women’s division competitions beginning in 2019 under the now-removed female profile.

“I have been skateboarding for 11 years and competing for several years. I have been in three different contests with trans women, two of which I placed second,” Silverman wrote in a viral Instagram post in May. “The trans competitor who won took $1,000 in qualifiers, $3,000 in finals, and $1,000 in best trick. This totaled to $5,000 of the prize money meant for the female athletes.”

I took $1,000 in qualifiers and $1,750 for second place, so $2,750 in total. The girl who took third received $750. The girl who deserved $1,000 for best trick took nothing along with whoever would have placed third. I deserved to place first, be acknowledged for my win, and get paid. I reached out to Red Bull and was ignored.

“I am sick of being bullied into silence,” Silverman concluded.

Editor’s Note: A previous version of this article mistakenly referred to Gallagher‘s previous name as Liam, not Ian. The error has been corrected. 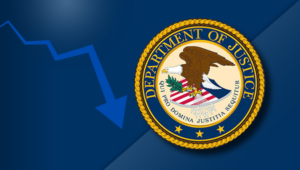