According to the Department of Justice Office of Justice Programs, which analyzed a release of federal arrest data from the Bureau of Justice Statistics, arrests by federal law enforcement agencies declined by 35% between fiscal year (FY) 2020 to FY 2021.

Additionally, during the height of the pandemic between the months of Mar. and Apr. 2020, federal arrests declined by 81%, and cases charged in federal court declined by 35%, with an additional decline of 25% in arrests from Oct. 2020 to Feb. 2021.

The largest percentage decrease in arrests from FY 2020 to FY 2021 was for immigration offenses (down 72%). Conversely, arrests for property offenses went on the rise, jumping 11% over this same period. 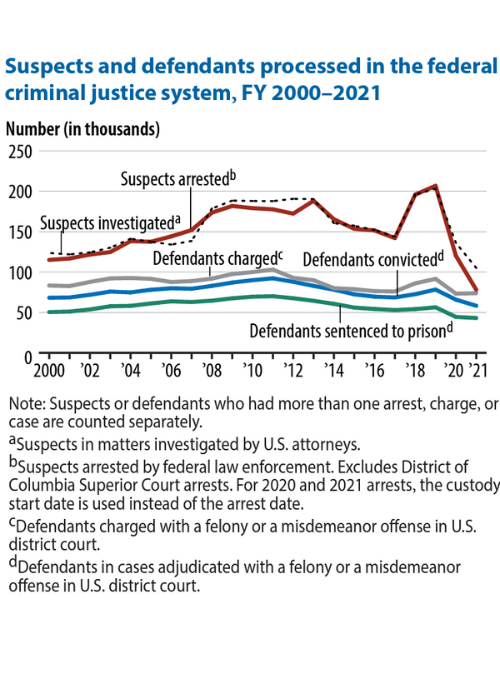 During FY 2021, 47,226 people were released from federal prison — most for the first time since their incarceration.

Arrests and charges in court saw a marked decline, but the same could not be said for the number of charges filed in U.S. district courts — those decreased by just 1%. But during this time, the distribution of charges shifted heavily away from immigration offenses, which decreased by 18%, and toward violent offenses and public order offenses:

The Office of Justice Programs provides “federal leadership, grants, training, technical assistance and other resources” with the intent being to improve the justice system and prevent future crime from developing. 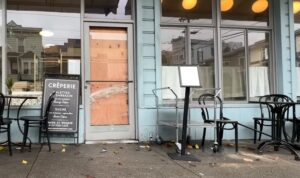