‘Towards Greater Equity’: How a Virginia School Board Conspired to Keep Asian-American Students Out of a Prestigious High School

‘I mean there has been an anti asian feel underlying some of this, hate to say it lol,’ one board member wrote in a text

A federal judge ruled that school officials in Fairfax County, Virginia, implemented a “patently unconstitutional” admissions process that deliberately reduced the number of Asian-American students enrolled at one of the top high schools in the nation.

Prior to 2021, Thomas Jefferson High School for Science and Technology (TJ) utilized a merit-based, race-blind system for admissions. But in the wake of a national conversation about racial justice in 2020, the Fairfax County Public Schools’ board (FCPS) and other high-ranking officials sought to balance racial groups.

Some board members objected to the “shoddy and rushed along” construction of the new admissions policy. Nevertheless, the Board proceeded to remove standardized test criteria, alter the minimum requirements, and withhold seats for 1.5% of each eighth grade class. In addition, “bonus points” were given to students from middle schools that has been “historically underrepresented” at TJ.

As a result, 56 fewer Asian-American students were admitted to the high school than the previous year.

This represented a steep drop from each of the five years before when Asian-American students made up at least 65% of the admitted class.

“The purpose of the Board’s admissions overhaul was to change the racial makeup to TJ to the detriment of Asian-Americans,” Judge Claude M. Hilton wrote in his Feb. 25 summary judgement.

“Board members and … officials expressed their desire to remake TJ admissions because they were dissatisfied with the racial composition of the school,” he continued. “The discussion of TJ admissions was infected with talk of racial balancing from its inception.”

Hilton ruled that the Board’s “discriminatory intent” was illegal, and therefore invalid.

“For the parents with children with pending TJ applications or applying in future years, it means that they will not be subject to the discriminatory admissions process,” Pacific Legal Foundation’s Erin Wilcox, lead attorney for the case, told Timcast via email. “Parents whose children were evaluated last year under the discriminatory process now have a federal court decision stating that the process was unconstitutional and may be able to take steps accordingly.”

The lawsuit was filed by Coalition for TJ, a 200-member organization founded in August of 2020 with the goal of opposing the board’s proposed admissions changes.

“This is a huge victory,” Suparna Dutta, a former TJ mother and cofounder of Coalition, said in a statement issued to Timcast. “This is like the little guy winning against the ‘equity’ machine.” Hilton’s summary judgment provides a telling overview of an admissions process overhaul that was “rushed, not transparent, and more concerned with simply doing something to alter the racial balance at TJ than with public engagement,” he wrote.

The initial emphasis on diversity in Virginia’s Governor’s Schools preceded the death of George Floyd on May 25, 2020. That month, the state’s General Assembly issued a requirement for state-chartered magnet high schools for gifted students — like TJ, which regularly ranks as one of the best public schools in the nation — to submit a diversity goals report by Oct. 1.

After George Floyd’s death and the nationwide protests that followed, a public report of TJ’s Class of 2024 admissions statistics showed that the number of black students was minuscule — data that one board member called “unacceptable, with less than 2% of the admitting class being black, a decrease year over year.”

“Recent events in our nation with black citizens facing death and continued injustices remind us that we each have a responsibility to our community to speak up and take actions that counter racism and discrimination in our society,” TJ principal Ann Bonitatibus wrote in a June 7 message to the school’s community.

She added: the TJ community “did not reflect the racial composition in FCPS.”

In order to do so, TJ would need to enroll 180 black and 460 Hispanic students — enough to fill “nearly 22 classrooms,” she wrote. “The most recent TJ admissions trend, unfortunately, does not close the equity gap.” 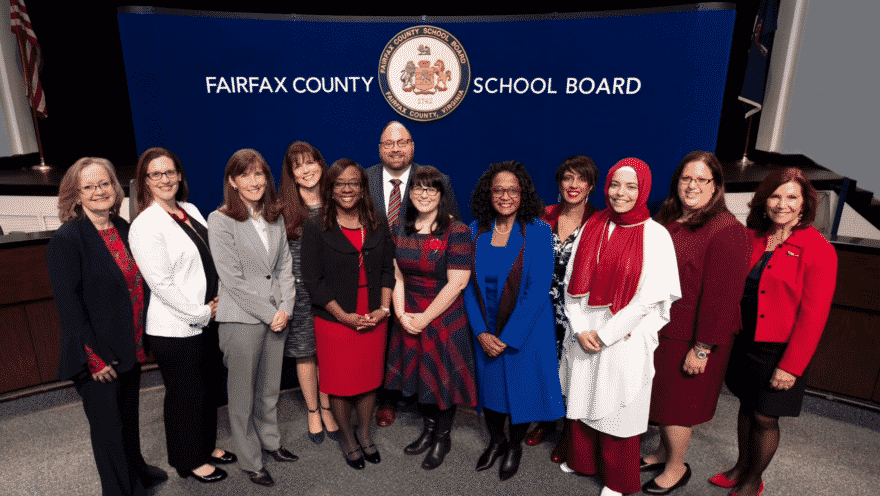 The following day, a board member received an email from State Senator Scott Surovell, who was “alerted” by the TJ admission numbers.

Surovell reminded the board member of the state’s requirements for setting diversity goals: “I was curious where TJ was on this given that public meetings are required and there is a 10/1 deadline,” he wrote. “TJ has the smallest relative advantaged student population of all 19 Virginia Governor’s Schools … What’s the plan?”

“We must recognize … the unacceptable numbers of African Americans that have been accepted to TJ,” she said.

By mid-September, FCPS Superintendent Scott Brabrand proposed a “Merit Lottery” system that aimed to “reflect the diversity of FCPS, the community and Northern Virginia.”

The proposal included modeling from TJ’s admissions director Jeremy Shughart that projected the racial effect of the new policy on three previous classes from the school.

“Each of the three classes would have admitted far fewer Asian-American students under the proposed lottery system,” Hilton wrote. 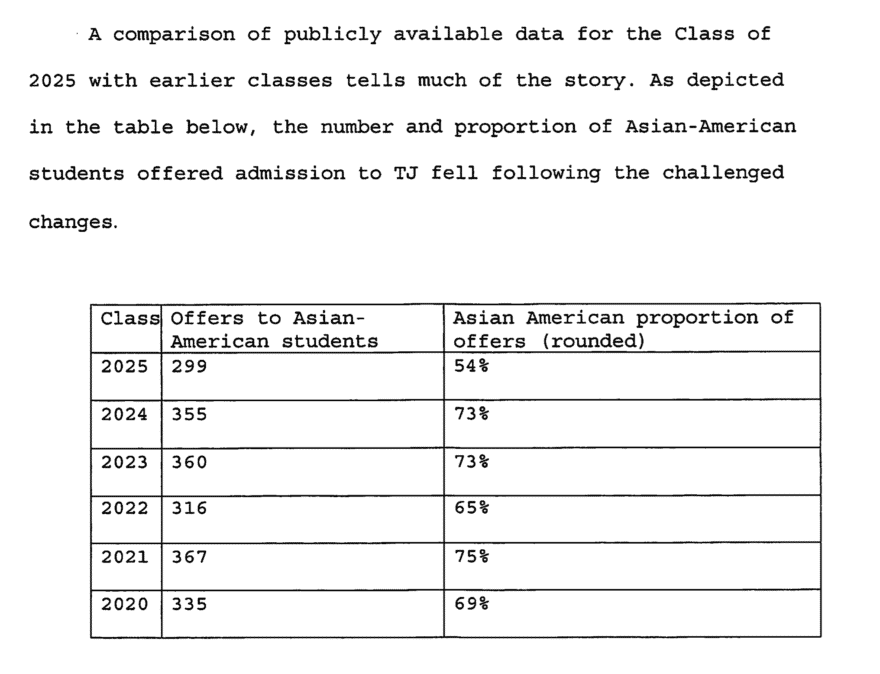 That fall, board member Stella Pekarsky made her concerns about disparate impacts upon Asian-American students clear to fellow member Abrar Omeish.

“[These plans] will whiten our schools and kick our [sic] Asians. How is that achieving the goals of diversity?” Pekarsky asked in a text.

Omeish emphasized the message and replied: “I mean there has been an anti asian feel underlying some of this, hate to say it lol.”

Pekarsky: “Of course it is. Which is why I always told people talking about TJ is a stupid waste of tome [sic]. It’s about making a political point”

Omeish: “They’re discriminated against in this process too”

In a Sept. 29 email to fellow board members, Omeish appeared to defend this discrimination: “I plan to support the proposal towards greater equity, to be clearly distinguished from equality, that best supports our disenfranchised students without serving as an insult to their capabilities.

“Regardless of what we do,” she continued, “the VA Department of Education will be leading us towards equity here soon enough.” 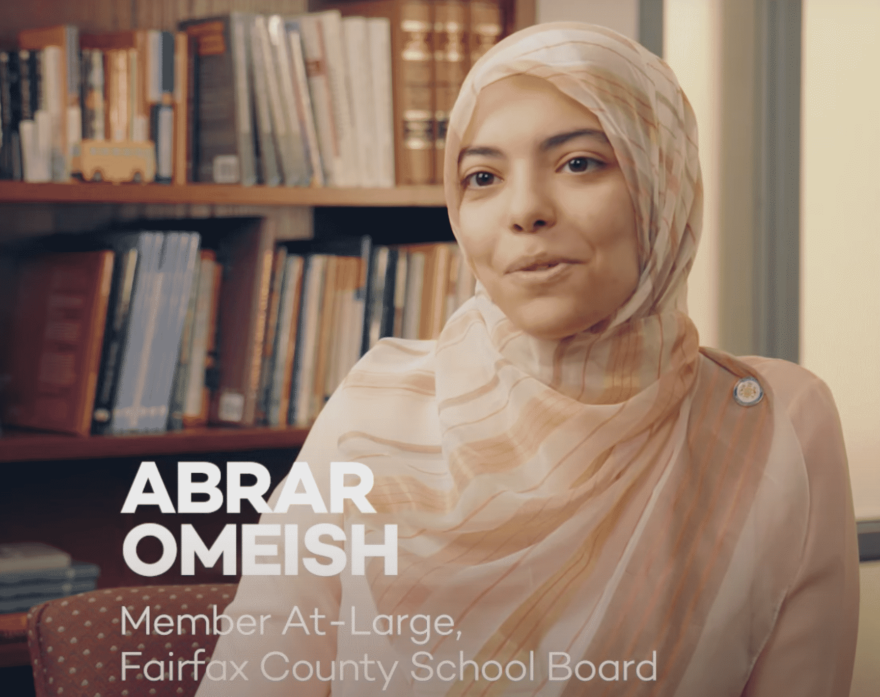 When the proposed admissions changes were protested by primarily Asian-American, immigrant parents, board member Karen Corbett Sanders insisted the board was “not eliminating merit but rather reframing our understanding of merit.”

As the changes generated more controversy, the board’s vice chair, Rachna Sizemore Heizer, sent an email to Brabrand saying that they needed to utilize more “strategic communication and stronger talking points around TJ admissions … I suggest we frame it on increasing diversity through redefining merit rather than through the lottery. … I respectfully suggest we do more to control the narrative.”

The “Merit Lottery” was eventually scrapped in favor of two new metrics.

First, the notion of “Experience Factors” were integrated into the admissions calculation.

Under this rubric, students who are economically disadvantaged, English language learners, enrolled in special education, or attend an underrepresented school could receive up to 250 “bonus points” in addition to the potential 1,000 points available under the “Application Elements,” which include GPA, a student portrait sheet, and a problem solving essay.

The score from a standardized test no longer factored into the point system (“offering a test of any form is untenable,” Omeish concluded) and the points available based on GPA were adjusted from 300 to 200 under the new system.

The second metric guaranteed admission of 1.5% of each eighth grade class. However, after the proposal was passed on Dec. 17, some board members were still unsure “whether the 1.5% guarantee would be based on the school a student actually attended or the one she was zoned to attend,” Hilton wrote in his summary judgment.

After the vote, board member Megan McLaughlin wrote the following to a constituent, sharing her “deep disappointment”:

“This entire effort was a massive waste of political capital to achieve nothing of significance to actually helping disadvantaged and disproportionately represented students across the county. … In my 9 years, I cannot recall a messier execution of Board-level work. I feel Supt Brabrand’s flawed operational proposals have greatly contributed to tonight’s embarrassing process.” 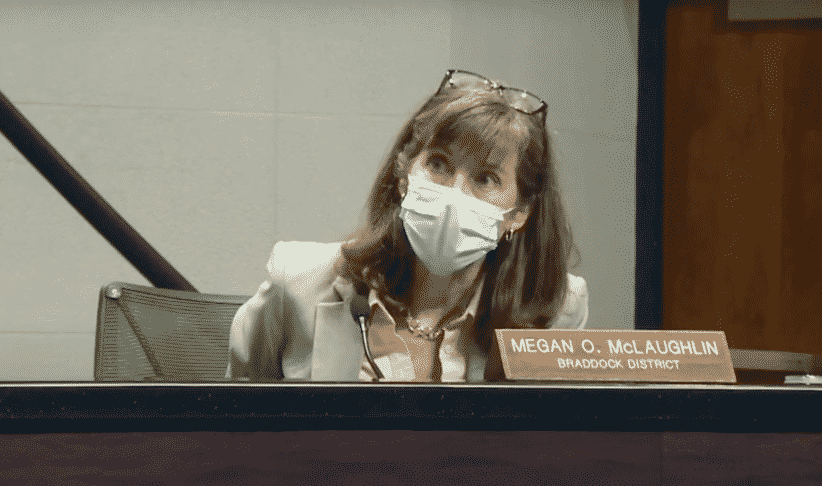 On March 10, 2021, Coalition for TJ held a press conference that coincided with the lawsuit they filed that day.

Julia McCaskill, an Asian-American Coalition member and mother of three, said the following:

“Diversity is the goal for all of us and TJ does not belong to a certain race or a certain group of people. Everyone is offered equal opportunities. The low admission rate for black and Hispanic students is the failure of the FCPS School Board. They failed those underrepresented areas over the decades. Instead of fixing the pipeline issue, the authorities are stirring up hate against Asian-Americans, hoping to simply suppress the number of Asian-American students will fix the overdue problem of the school board’s failure. This is not the correct way to fix this failure.” Nearly one year after the initial complaint was filed, after a series of memoranda, motions, briefs, and injunctions, the Coalition has claimed a victory against the Board’s revamped admissions plan.

“The district court’s order forbids the school board from using or enforcing the fall 2020 admissions policy,” Wilcox told Timcast.

Asra Nomani, cofounder of Coalition for TJ and an alumni parent of a TJ student who graduated in the Class of 2021, applauded Hilton’s “clear renunciation of racism and discrimination and his powerful defense of equality.”

She added: “For almost two years, our courageous families have battled an incalcitrant and racist school board and superintendent intent on using ‘social justice,’ ‘equity’ and ‘anti-racism’ to perpetuate racism and discrimination against Asian students and families.”

Now, FCSB has 30 days from the date of the decision to file an appeal with the U.S. Court of Appeals for the Fourth Circuit.

Despite several attempts by Timcast, the Communications Office for FCSB could not be reached for comment.

While the precedent is only binding in the Eastern District of Virginia, Wilcox said the judgment is “significantly broader because other district courts now have an example to follow.”

For community organizers like Marc Ang, president of Asian Industry B2B, a nonprofit dedicated to uplifting Asian communities in Southern California, news like this is “heartening,” he said.

“Liberal enclaves like Fairfax County and San Francisco are finally pushing back on ‘Woke Gone Wild’ and its damaging focus on political agendas and mandates rather than academic achievement and quality education,” Ang told Timcast. “As a lead proponent for the Educational Freedom Act in California pushing for school choice, this shows the need to address these bureaucrats in school districts who have been consistently abusing their power. Go Parents of TJ!” 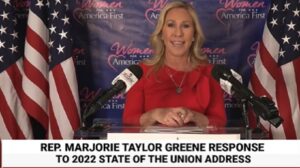