TikTok.com is this year’s most popular domain according to Cloudflare, a tech-security company, which reported that Google took second place in the 2021 rankings.

In a blog post, CloudFlare said TikTok has regularly held the number one spot since Aug. 10.

“There were some days when Google was #1, but October and November were mostly TikTok’s days, including Thanksgiving (November 25) and Black Friday (November 26),” the company wrote.

The platform, owned by Chinese company ByteDance, because available worldwide in August 2018 after it merged with Musical.ly, a 7-second video app that became popular after Vine folded.

During the first quarter of 2020, TikTok usage growth grew by 180% among people ages 15-25. The platform was downloaded 315 million times following global lockdowns after the emergence of COVID-19, according to Tug Agency.

“Due to the pandemic, kids and teens are spending more time at home and are eager to connect with friends, which has further propelled TikTok’s popularity,” Rini Mukhopadhyay, a forecasting analyst for Insider Intelligence told eMarketer.

“Users are flocking to the platform because it’s easy to use, and its short-video format effectively captures and retains the interest of the audience — particularly those in the 18-to-24 cohort,” Mukhopadhyay added. “Many social media influencers have leveraged this popularity to build larger audiences, further attracting users to the app.”

According to Business Insider, “the success of TikTok likely lies in its algorithm, which the company is notoriously secretive about. According to a document which was leaked earlier this month, the app purposefully diversifies its homepage — its famous For You Page — so users don’t get bored.”

TikTok had been downloaded more than 3 billion times by July of 2021. Only Facebook’s app had previously passed that milestone.

Facebook.com is the third most downloaded domain with Microsoft.com, Apple.com, and Amazon.com rounding out the top five.

Other popular domains include Netflix.com, YouTube.com, Twitter.com and WhatsApp.com. 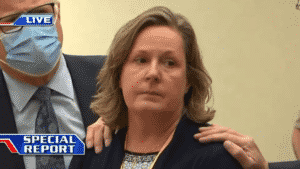